Yuma, AZ asked 2 months ago in Child Custody and Child Support for Arizona

Q: Can grandparents appeal a judgement removing all visitation of their grandson?

The judge refused to interview the 16 year old grandson. She stated that minors are not allowed to voice opinion. Then later in the procedure claimed he wasn’t interviewed because no one put in a motion for him to be interviewed. We were totally unaware of this possibility. We feel it is necessary for visitation to make sure the minor is safe and being taking care of. Mother has removed medication for diabetes and makes no attempt to take him to doctor regularly and never about diabetes or weight. She has also told minor he can drop out of school and makes no attempt to get him to school or improve his grades. He was expelled for too many absences and has failed so many courses that he has only 5 of the 22 credits to graduate and will be starting his third year of high school in the fall. The judge stated that the minor could communicate and visit whenever he wants. Mother already refuses to let him call and has gone so far as to pretend to be her son in texts. 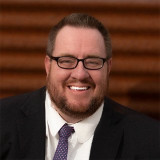 A: Yes, you can appeal, provided you have not missed the deadline to start an appeal.

But I want to be frank with you because I don't want to see you spend time, money, and energy pursuing something that is not going to get you where you want to go. And I preface this by saying I don't know your case, and there may be an appealable issue within your case that you have not mentioned. But I have several third-party rights appeals, so I am well-acquainted with them.

Here's what I think you should knowing in weighing this decision:

Appeals are very difficult to win and can be expensive. You should also be aware that an appeal can take anywhere from 9 to 18 months. I worry that that if you do win an appeal, your grandson may be 18 or close to it.

There may be some quicker post-decree options you could look into, but they do go in front of the same judge.

I don't see the fact the child was not interviewed as being something that would cause the Court of Appeals to overturn the verdict. Your argument appears to be that you weren't informed you could do this and/or you didn't look into it because the judge said that minors don't have an opinion. For the lack of a child interview to be appealable, though, you really would have needed to request an interview and have had that request be denied. Without that having been requested, you have not "preserved the issue" for appellate review.

My heart goes out to you because it sounds like the mom is making some really poor choices that have a detrimental effect on your son. I think you should meet with an attorney right away to see what legal options you might have to address this issue.