Algonquin, IL asked 5 months ago in Car Accidents for Illinois

Q: Diminished Value on a suv because of a delayed reporting on a crash. Bought a 2017 Jeep Grand Cherokee, used, carfax

showed no accidents, and two years later, during a repair, discovered it had been involved in a left frontal accident, checked carfax again, and it was reported a year later after my purchase? 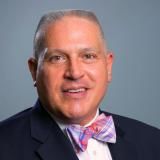 A: Though it is true that a car has diminished value once it is involved in an accident, the amount by which the value is diminished varies widely. Illinois law provides for you to make a claim for diminished value on vehicles that you own. On your facts, this vehicle was involved in an accident before you purchased it. The amount of the diminished value is heavily influenced by the amount of damage to the vehicle and how it was repaired. There are companies who focus exclusively on diminished value claims. I'll give you the link to one below but I don't know whether they would work on this kind of a claim. Here, you would be suing Carfax on the theory that you relied on their representation that the car had not been involved in an accident, to your detriment. How do you quantify your detriment? I don't know. It may be the difference between what you paid for your car as a car that had not been in an accident and what you would have paid for a similar vehicle that had been in a minor accident. How much is that? So many factors influence the value of a used car. You can find two, seemingly identical vehicles, in similar condition, with similar mileage, where one vehicle sells for $2000 or $3000 more than the other.

Because the difference in value is not readily apparent, it seems that you would need an appraisal from a qualified individual. I have no idea what the cost of an appraisal would be but let's say it's $500 and it is the expert's opinion that the accident reduced the value of your car by $1000.00, your maximum recovery would be $500. If Carfax tells you to file a lawsuit, you would have to pay the expert to appear in Court. Conservatively, that would cost you at least another $500. In that scenario, even if you won, you would lose because you'd still be out your filing fee and the cost for service of process. Moreover, it sounds as though you may have purchased the car in 2020, at the height of the pandemic when many offices were unstaffed or understaffed. Before you file suit or spend money on an expert, you would want to research whether any of the expedited laws that were passed at the time might provide protection for Carfax. On the other hand, it may be legally possible for you to bring a claim under the consumer fraud statute which has a three-year statute of limitations.

On your facts, it seems highly probable that you would prevail in any action that you might bring under the Illinois Consumer Fraud and Deceptive Business Practices Act (815 ILCS 505/1, et seq.). Whether it makes sense to bring the claim is going to depend upon: 1.) The diminished value of your car as a result of the accident that was not reflected in your Carfax report; 2.) The cost of securing expert testimony as to your vehicle's diminished value; and 3.) Whether the Court awards attorney fees. The act gives the judge discretionary authority to award attorney fees to the prevailing party but does not require that the judge do so.

Here is the link for a company that processes diminished value claims: https://tigerdv.com/?utm_source=google&utm_medium=cpc&utm_campaign=&utm_term=diminished%20value%20estimate&gclid=CjwKCAjwk_WVBhBZEiwAUHQCmWRwz1O3nDJdDWHk7n_vgdKuaSAY3x5jEsF_UvVF_PuqDCk0gizkzxoCcWwQAvD_BwE