Q: If a police officer marks down the speed limit on the ticket then can I fight the speeding ticket since he can't prove?

I was regrettably doing 88mph in a 35mph school zone. Honest to God I didn't know I was in a school zone I thought the speed limit was 50 either way I was late for work and speeding. So the officer told me I was doing 88mph then comes to give me the ticket and I realized he marked it down and on the ticket it says I was doing 66mph in a 35mph school zone. I also got a careless driving ticket. If I'm not mistaken if I were to go to court and ask to see records of the radar gun they have to provide them but if the officer can't provide a recording of me doing 66mph which he couldn't he would either have to show me doing 88mph which would make him look bad for lying. Idk I would normally just pay the ticket but my other question is what would the ramifications be if I just paid the fines as far as my driving privileges go? 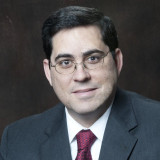 Michael A. Smolensky
Answered 2 months ago

A: There is also the possibility that the prosecutor will have the officer’s handwritten notes indicating that the officer already gave you a break when he issued the speeding ticket to you. If you are concerned, however, then meeting an attorney for a consultation might be something to consider more seriously.

A: First by you requesting discovery, (radar, laser certification and logs, videos etc) you will also be giving a copy of this to the prosecutor which will then make his job much easier to convict you. Not that a lawyer wouldn't normally do this for you, but when you do it, it raises a red flag to the prosecutor.

Second the officer gave you a break on the road and this will be seen in the discovery which if he didn't you would be facing at more than double the speed limit jail time of up to 15 days and the suspension of your license.

Third if your court appearance is mandatory you may still be facing these but it will be much less likely with 66MPH than 88MPH so you owe the officer a big thank you.

Fourth to make sure you don't face or at least have the least chance of getting the 5 points and license suspension/jail time I mentioned before (if court appearance is mandatory), I suggest that you consider hiring a good attorney to defend this case. Most of us traffic ticket lawyers offer a free in office consultation. I would suggest that you set one up.