Q: If someone was charged with 2nd DUI in 2007,can police seize car for driving revoked,but never charge them for it,

My dad's car was taken for driving on revoked from a 2nd DUI he got in 2007, they never charged him & the police drove off in his car, is that legal??

A: If no charge was made by the LEO's, and no Forfeiture Warrant was issued, then it is an unlawful taking. But did Dad own the vehicle? I suspect more occurred here than what facts are stated. Driving on Revoked TNDL may be a charge in the making, which can take 1 year to initiate. The owner should politely call the LEO's Chief and politely ask for the vehicle back, if he does not fear a criminal charge. The DUI conviction probably has nothing to do with it. A possible GTLA suit could be filed for Conversion and Civil Rights Violations, but again there may be other issues present. The value of the car should be weighed against the risks. Consult with a competent attorney. 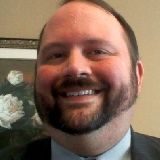 A: Unfortunately, the U.S. Supreme Court has ruled that the statute regarding civil forfeiture of property used in the commission of certain crimes, including a 2nd DUI is not a violation of the Double Jeopardy Clause.

The forfeiture statute, which changed in 2015, states that the vehicle can only be forfeited (i.e. taken by the State) if said vehicle was used in the commission of the a person's second or subsequent conviction for DUI.

So if your dad was driving the car, which was seized when he received his 2nd DUI and he was driving on a suspended license because of the 2nd DUI, the car can be seized.

In terms of getting it back, the Tennessee Supreme Court requires a "proportionality test" in order to determine whether or not the seizure was excessive.

I do not think a request to the chief of police would be sufficient. If your father would like to fight the seizure, it is my suggestion that he retain a skilled attorney who understands the statute and the can file the requisite motion to attempt to get the vehicle returned.

I hope this helps, please let me know if you have any questions.