Lawyers, Answer Questions  & Get Points Log In
Tennessee DUI / DWI Questions & Answers
1 Answer | Asked in DUI / DWI for Tennessee on Feb 25, 2020
Q: In TN is it prosecutable to be convicted of driving with less than 0.05 if/ml of diphenhydramine in your system?

Everything on drug test was not detected EXCEPT diphenhydramine. Not even sure if that’s a standard drug to test for.

He took one half of a Benadryl (that’s the drug). He was tired and his allergies were bad. That’s all nothing more.

I do not know what that drug is, but the State can claim anything in your system influences your driving. And there is a threshold amount for Sentencing purposes for Alcohol only, with no particular amounts making a difference for drugs. So TN can probably charge you with DUI with that in your... Read more »

Eleven Months and Twenty Nine Days is possible. Hire a competent lawyer, and get the Charge Diverted, Dismissed and Expunged. That Conviction will destroy you later on. Do not get a PD.

1 Answer | Asked in Criminal Law and DUI / DWI for Tennessee on Feb 17, 2020
Q: Hello. My husband has been charged with dui x3 felony evading arrest what could be his punishment in tn 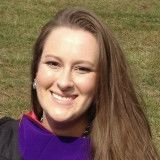 On the DUI 3rd alone it is 120 days in jail at 100%. I highly suggest you get him an attorney immediately.

1 Answer | Asked in DUI / DWI for Tennessee on Jan 29, 2020
Q: Can you get in trouble for being a passenger and consuming liquor in a car

1 Answer | Asked in Criminal Law and DUI / DWI for Tennessee on Jan 24, 2020
Q: im on last month of theft under 500 probation and got public intox yesterday will i go back to jail. ive had zero viola

my theft charge was a misdemeanor theft under $500 . i got arrested in walmart last night on suspicon of being drunk . they didnt give me any tests. paid $270 to get out of jail and i wont have a court date because it said i pled guily . ive paid all my fines for my previous charge and im on my... Read more »

You have technically still violated your probation and there is a chance you will go to jail because of it.

1 Answer | Asked in DUI / DWI for Tennessee on Jan 15, 2020
Q: Taken my Dui to criminal Court and told there is additional jail time past my 48hrs how much time if conv. 7 days min?

Told there was additional jail time because I decided to fight it in criminal Court, and if I don't take the guilty plea and still found guilty I will have to finish my 48hrs and have more time added? bac wasn't over.20 so what am I looking at 7 days minimum. I know the max

You already know...7 days to serve, on a 11 mo/29 day Sentence. But you also have all the First Offense DUI requirements which are extensive and expensive. At Criminal Court you can file Motions, like Suppression, Discovery, Bifurcated Trial, etc. Giving BAC was a mistake, but maybe consent... Read more »

1 Answer | Asked in DUI / DWI for Tennessee on Dec 27, 2019
Q: Can they seize my vehicle ifjust got pulled over for for.butmy DUI occurred almost 20years ogo

LEO's will try almost anything when it comes to DUI Enforcement. You probably should not be charged with Second Offense DUI, as your First Offense DUI was more than ten years ago. But it is up to you to bring it up in Court, so hire a competent attorney now. You need to be prepared for a... Read more »

1 Answer | Asked in DUI / DWI for Tennessee on Dec 19, 2019
Q: I was in a one vehicle front end collision, my fault, air bags deployed and car was totaled, I was taken to jail but no

Not hospital. Was wondering where the law is on that. If officers are required to have to looked at or at least sign something refusing medical care.

There is no law mandating the LEO's obtain medical care for you. Many procedures and rules do exist though. If you think you were damaged by their malfeasance , you can file suit. But unless your injuries are catastrophic, it does not look good.

1 Answer | Asked in DUI / DWI for Tennessee on Nov 29, 2019
Q: I was charged with a dui after leaving the scene of an assault against me. Immediately after. I have no record

A neighbor called 911 and I could not find my phone to call the police. I did not know the neighbor had called. I was assaulted by 3-4 individuals

What is your question? Driving Under the Influence is not excused by leaving an attack. If there is a friendly witness available, the DA might be more understanding. But I doubt it. Hire a competent attorney to put together a thorough Preliminary Hearing. The assailants are not going to help... Read more »

1 Answer | Asked in DUI / DWI for Tennessee on Nov 16, 2019
Q: Can I get a refund for the money I spent on a silver DUI after my blood work came back clean and it was thrown out

Refund from who or what? And what is a "silver DUI"? Your question makes no sense, but it appears you were extraordinarily lucky and need to move on. You can still be Indicted within 1 year from the incident, which your lawyer should have told you.

Following conviction received notice from TN Homeland Security that license, driving privilege, & privilege to obtain license is revoked per 55-50-501. Further states it is illegal for any resident or nonresident to drive in tn under a license issued by another jurisdiction. It request submittal... Read more »

TN Department of Safety can only suspend the License it issues. But the Court and/or DOS can (and usually does) notify the issuing state of the DUI Conviction here. Your lawyer should have already told you this way prior to the conviction. If your License is not suspended, you still cannot... Read more »

1 Answer | Asked in DUI / DWI for Tennessee on Oct 31, 2019
Q: I need to show the consequences, when caught, to my step-son for driving while smoking marijuana, he already has a DUI 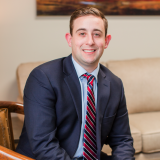 I would explain to your step-son that he can be charged and convicted of a DUI for driving while smoking marijuana. It is a common misconception that you can only be convicted of DUI for drinking and driving. The DUI statute makes it a crime to drive or be in physical control of a motor driven... Read more »

1 Answer | Asked in DUI / DWI for Tennessee on Oct 5, 2019
Q: If I have a dui/ child neglect charge is that a Misdemeanor or felony

It could be either or both. A lawyer would need to read your Warrants, and then possibly look up the Statutes.

1 Answer | Asked in DUI / DWI for Tennessee on Oct 4, 2019
Q: My son who doesn’t live in knoxville has a dui charge there. He has a warrant now bc he wasn’t there for court. What now

He is a recovering addict, he needed to get out of Knoxville to change his life for the better or he was going to die. He’s been in trouble before but completed his probation. The dui is from him OD in the car. How can he straighten this up living in another state? He doesn’t have the money to... Read more »

He will have to come back to Knox County to face the DUI Charge. I assume it is still at General Sessions. At Court the Warrant would have to be brought in (since he is not on the Docket), him arrested and booked, Bond set and hopefully made (so he could get out of jail), then him and the lawyer... Read more »

1 Answer | Asked in DUI / DWI for Tennessee on Oct 1, 2019
Q: I have been charged with a DUI in Tennessee and I have some questions

What is the fines and punishment of 1st offense DUI

Initially at least 48 hours of jail, DUI School, License Revocation, at least a $ 350 Fine, and other requirements and Costs. Usually the cheapest part is hiring a competent attorney, as there may be defenses or the damage control might be significant. But be aware, few lawyers will really... Read more »

You are charged with a serious Felony. Hire a competent attorney immediately. You may be able to attack the earlier convictions, so that sentencing will not be a Felony. Obviously you need to get ready for a Preliminary Hearing and possibly later, Trial. If the State does not agree to a 2nd or... Read more »

I did not finish my interlock (1 year) in AZ, but did finish all other requirements including 15 days incarcerated. Do I have to have an interlock in Tennessee? For 12 months?

You need to talk to your Arizona Lawyer. Possibly you have violated your Probation Order. However you should be able to drive anywhere with the Interlock Device. If you are found driving without it, it will be bad.

2 Answers | Asked in DUI / DWI for Tennessee on Sep 8, 2019
Q: I got charged with a dui and reckless driving an open containers. However upon the trooper arriving I was not in my car

It had ran out of gas so I was walking to get gas.

You should hire an attorney immediately for your case as there may be some defenses for it.

1 Answer | Asked in DUI / DWI for Tennessee on Aug 20, 2019
Q: Is there a statue of limitations on unpaid dui/dwr fines from the nineties in Tennessee?

No drivers license is holding me back from getting good jobs. Can I discuss a settlement with the local courthouse? I paid what I could afford and with having to settle for low paying jobs in this area, the rest is still on the books. Without the thousand for reinstatement, what I have left is... Read more »

You might try Legal Aid who might try to get some Costs executed. I do not believe the Department of Safety will help you. Whatever they say you have to do is what has to be done, right or wrong. DOS issues the TNDL. Sometimes people go to other States for DL's.

1 Answer | Asked in DUI / DWI and Criminal Law for Tennessee on Aug 6, 2019
Q: Is it,possible to plea,for,medical reasons. To receive no jail time.

Being charged with Dui. 2nd offense. Non alcohol related. Due to medication. Do not know blood results. Arrested. Taken to,jail. Bonded out. Probation violation. Within 5 days was fighting for my life... Flesh eating bacteria. Strep and 2 others. Had,life saving surgery and facial reconstructive... Read more »

You need an attorney that is competent. Medical problems have no effect on sentencing. You probably need to prepare for a Preliminary Hearing, and if indicted, try to get a 1st Offense or try it as you have little to lose. Prescribed Medication is worse than alcohol as there is no standard on... Read more »