Baltimore, MD asked 3 months ago in Civil Rights and Constitutional Law for Maryland

Q: What actions to make when judge and attorney makes a decision without defendants permission to a speedy trial? 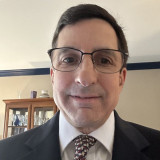 A: The judge decides all issues related to a speedy trial including whether your constitutional right to a speedy trial has been violated. The judge does not need your permission. The judge also decides whether a case will be postponed. You may be able to appeal the decision, but the judge has a lot of discretion and any delays brought on by Covid will be excused.

If you are saying that your own attorney failed to demand a speedy trial or object to a postponement, you should discuss this with your lawyer. It may have been that your attorney knew that objecting would have been futile.

A: Not enough information to evaluate whether the waiver by your lawyer of a speedy trial (if that is what happened) was in your best interest or against your best interest, but ideally it should have been discussed with you. However, you can re-assert your demand for a speedy trial at this time, although the clock for reviewing that assertion will not include the time that was waived before the demand was made. Constitutional speedy trial rights generally are not implicated earlier than one year after charges are brought, but pretrial incarceration can be a significant factor in the analysis. If you have both federal and state charges pending, then that complicates the analysis and extends the time. In Maryland state court, there is a procedural rule (often referred to as the "Hicks Rule" after the name of an appellate case on the issue) which generally requires that a trial in the circuit court take place within 180 days of arraignment or the first appearance of the defendant or the defendant's attoney in the case. That rule, being procedural, can be more readily "violated" based on good cause, court scheduling issues, etc., and the 180 day deadline often is waived to allow extended plea negtiations to be completed, or in the case of dual prosecutions in federal and state courts, to allow the federal prosecution to proceed to completion which may be instrumental in resolving the state prosecution (e.g., where the state will either drop, modify or limit the charges and sentence recommendation based on the result of the federal case). In that scenario, proceeding with the state trial solely to secure a result in less than 180 days may be the worst decision a defendant can make, as a much better result could be had by waiting. Or, perhaps the federal prosecutors are refusing to allow your transfer for trial in state court before your federal trial, which takes the matter out of the hands of your lawyer and the state court judge. A lawyer would need to know all the facts in your two cases and the status of the procesutions and plea negotiations in both, before addressing whether your lawyer did anything against your interests. The clear presumption is that a lawyer's ethical obligation is solely to you and to only act in your best interest. What may be missing is better communication with you, but your being incarcerated may make such communications more difficult and a decision had to be made in open court where reaching you beforehand was not an option. Reach out to your lawyer, and ask for a meeting or a phone call to discuss fully the status of your cases and the procedural posture of both, and why certain decisions have been made.