Philadelphia, PA asked 8 years ago in Immigration Law for Pennsylvania

Q: I am asking a question about my daughter's father he was banned from entering U.S.

...my daughter's father he entered United States in 2000 he was arrested in 2001 on drug charged when he got arreseted he was using false identification while in prison he continued using that name and never gave his real information when released in 2007 he was put on parole for 6 years thats when I met him, when I met him he was working and staying out of trouble in 2010 he got caught and was deported to his country and was told he was banned for reentering United States is their anything I can do to bring him back<br/> 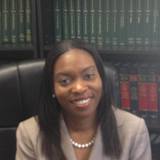 A: Your daughter's father needs some serious assistance from an experienced immigration attorney. I hope he was able to receive some help since November 8, when you first asked your question. You need a comprehensive evaluation of your case. For instance, I would like to know if you are a USC and if you two are married. It really matters.