Q: Which type of claim - declaratory judgement or other?

The attorney for the insurance company filed a demurrer claiming that I was asking for a declaratory judgement by asking for the court to interpret the meaning of contract. The Judge agreed, stating that even if I won in the General District Court the insurer would likely appeal to a higher court anyway. I was told to refile in Circuit court.

Should I submit a request for declaratory judgement or would another type of claim be more appropriate? 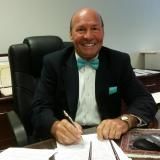 A: A Declaratory Judgment Complaint would be your best avenue of approach based on your reported facts.