Tulsa, OK asked 4 years ago in Probate for Oklahoma

Q: What would be a good reason to get a lawyer while going through the probate process? 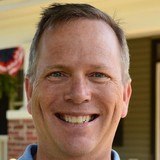 A: Don't just get an attorney, get a probate attorney. It is a complicated process there are about 1100 probate statutes. In addition, an attorney should understand title issues. But people do manage to get through probate without an attorney. Here is a sample of the statutes:

§58-21. Custodian of will to deliver same to district court.

§58-24. Court may compel production of will by one having possession.

§58-26. Heirs, legatees, devisees and executors to be given notice by mail.

§58-30. Admission on testimony of one subscribing witness.

§58-32. Notices required to be published once each week for two or more consecutive weeks - Interval.

§58-61. Causes for contesting will after probate.

§58-63. Petition and notices when another will offered.

§58-101. Letters to issue to executor or successor in interest of corporate executor.

§58-104. Objections to issue of letters - Letters of administration with will annexed.

§58-106. Executor disqualified by absence or minority.

§58-109. Administrators with will annexed - Authority - Letters.

§58-111. Letters of administration with will annexed, form of.

§58-122. Persons entitled to letters of administration.

§58-127. Requisites of petition for administration.

§58-132. Letters granted to applicant where no contest.

§58-134. Nomination of stranger by person entitled. 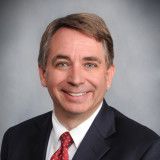 A: The quick answer to your question is that the probate process is a very technical area of the law, and an easily overlooked "mistake" could prove to be very costly and detrimental to your position.