Q: I had questions about my child custody case that CPS was involved with in September 2017

His mother in Indiana has custody right now. There was no child custody order in place before September 2017. His mother and I split up December 2015. I wound up moving from Indiana to North Carolina January 1, 2016. That same month his mother started harassing me bc she couldn't deal with him and handle him anymore. She wanted me to come pick him up and live with me in North Carolina. He came to live with me March 2016. On September 15 2017 someone called CPS in Jacksonville, NC and accused me of abuse. The Social Workers involved with the case withheld information from me, did not follow procedure when they took temporary custody of my son, refused to file any testimonies or evidence that my family and I submitted to them, contacted some of my family members who could have taken custody of my son instead of his mother and told them they didn't need to show up for the initial court hearing bc no decisions were going to be made on the case. They did a lot more. 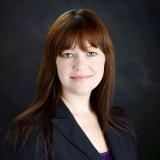 A: This is an unfortunate situation. With CPS involved you need to talk with an attorney to determine what can be done now. It sounds like there are a lot of documents to be reviewed before someone could give you good advice. Time is of the essence as there is likely a plan involved.