We have rented from the same gentleman since 2012, he lived out of state until last year. In Jan we had to change internet providers. He said to put it in my name as we would be releasing again. I asked specifically because I didn't want to sign up for a 2yr agreement if he wanted us to move in 6 months. No mention of new terms, just renewing again like always, but that the summer of 2020 was the end as he is remodeling. In March he said he wanted it to end in 5/20 instead of 6/20. Then he said 3/20 and the rent was going up by $200. Now he's given us a termination paper of Sept 2, 2019. Two months from now. I do have a text from him stating we wouldn't be expected to move until the summer of 2020. And another where while I was disputing what he is doing he stated "Yes I committed to 3/31-2020" What are our options? 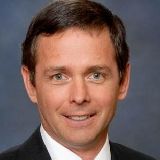 A: If you refuse to return possession the LL will determine if he want to initiate an eviction action. If he does then you will want to show your evidence to the Judge in hopes of creating a contract through March of 2020.

You may consider having an attorney draft a demand letter to your LL stating why his eviction will ultimately fail.