Dothan, AL asked 1 year ago in Personal Injury and Products Liability for Alabama

Q: Food Poisoning from Burger King. In 1995, I had gotten a terrible case of good poisoning.

Food Poisoning from Burger King. In 1995, I had gotten a terrible case of good poisoning. Went to the emergency room, had many tests done and the doctor confirmed it was what I had eaten, a burger from Burger Kind. I had the paperwork and went to the restaurant and spoke with the manager. Days later, a representative from Burger King called and asked me how much did I want money wise. I asked to cover my medical bills and my time missed at work. They sent a check and a document to sign. Years later, I've had serious medical issues, that started simple after the poisoning, but later became more prominent later. Can I sue Burger King now, years later? 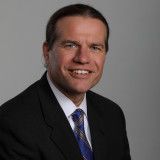 A: You will not be able to bring a suit a case against Burger King. In Alabama there is a two year statute of limitations on negligence cases. Which means that you must file a lawsuit against the negligent party within 2 years of the negligent act causing you injury. In you particular situation you would not be able to bring an action against Burger King even if there was not a statue of limitations problem. When you took money for your medical bills and signed the document back in 1995 you released Burger King from any and all future responsibility for your damages even if there act causes you serious medical issues in the future that were unknown to you.

A: I agree with Mr. Burney, who raises two very strong points in the statute of limitations and the document you signed (which sounds like it was a release). But aside from those issues, food poisoning cases can be difficult in terms of causality even within a timeframe relatively close to the incident. The passage of this much time here could present challenges. Good luck