Q: In a plea deal it says if you don't except the plea you can face more time to sentence isn't that considered threat

And against our constitutional rights 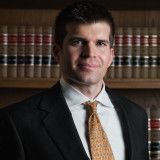 A: As a question of criminal justice philosophy, your point is well taken. Many legal scholars argue that the massive disparities between what a criminal defendant would be sentenced to if he pled guilty to an offense versus if he went to trial create a constitutional problem. My former criminal law professor Alan Dershowitz wrote an Op-Ed piece for the Wall Street Journal last November where he argued just that. https://www.wsj.com/articles/most-plea-bargains-are-unconstitutional-11572998068.

In his Op-Ed, Dershowitz argued that the effective punishment that a criminal defendant receives for exercising his right to trial is a violation of the 6th Amendment.

However, the courts have roundly rejected this view. Instead of viewing trial as a penalty, they say that the penalty a defendant receives at trial is fair and that the plea offer that he receives prior to trial is a "reward" for pleading guility and saving the state the time and expense of going to trial. So they flip the script. Instead of calling the sentence at trial a "penalty" they call the plea offer a "benefit." What it actually is all depends on the perspective that you view it from and what you take as the baseline "appropriate" punishment.

As a practical matter, the obvious policy reason for why the courts take this view is to encourage plea deals. Over 90% of cases are resolved through plea deals, and as a practical matter, there are simply not enough judges and prosecutors for all cases to go to trial. If every defendant exercised his right to trial, the justice system would literally grind to a halt.

Also, the vast majority of criminal trials result in convictions, and most defendants who plea bargained their case would probably lose if they took their case to trial.

When it all comes down to it though, as a practical matter and to answer your question directly: No, the legal system does not view the sentence you may receive at trial as unconstitutional. And yes, as a practical matter, the state can use a favorable plea deal as a tactic to secure a conviction, and in fact, they do it all the time.

Whether that is fair is a matter of opinion where reasonable minds can differ. But it is the reality we live in.