Q: What can I do to enforc my right to due process? my right to a lawyer was stolen by police when they lied "ERRORED"

No due process? I was not given a lawyer and falsely arrested for fleeing. I committed no crime and video shows no probable cause to pull me over. I was pursued 2 blocks from home where officers were on a call from a caller who said I was dead. (NOT SUICIDAL) dead because of suicide. It was obvious I was alive, I was persued for DUI instead without PC. Instead of being booked, I was taken to er, admitted to be medically checked out from police takedown when false accused of throwing a needle. I was believed to be under influence and police request utox screen, result is neg. involuntarily checked in for psych eval and unarrested after admitted. I had no therapist but police said I was being held based on what my therapist told police. This same person said I was not suicidal and was my friend who held LPC license/ records show implied consent. there was none ever I was forced meds, transferred to pych unit with no admit DX. held 12 days no court ord 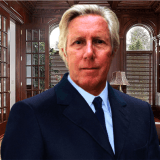 A: Local police investigations can sometimes be obtained by reporting an egregious event to the FBI, or Internal Investigations of the subject police department.