Q: What is the risk of deciding custody in arbitration?

I'm indirectly involved in my sister's custody dispute during a divorce.

It seems like her husband wants to resolve things once and for all and is negotiating very hard to resolve all the divorce matters, including custody in mediation-arbitration (mediation that turns to arbitration if they can't decide). However, my sister specifically doesn't want to resolve custody in mediation-arbitration because she says she can't accept that "risk". And she claims the "risk" is that she won't get 50/50 custody. I'm skeptical and think that she feels there's a chance she can get more than 50% custody by dragging her husband through court. Their temporary custody agreement is already 50/50 and they're both basically broke because they've racked up so many legal bills already.

So my question is:

What's the real risk of Med-Arb for custody? How likely would it be for anyone to be awarded unequal custody? 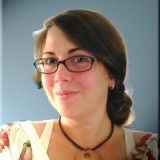 A: Assuming this is in NC, if you aren't one of the parents - you aren't involved and mediation is a requirement so she doesn't have a choice. If this isn't in NC - your question is in the wrong place. Regardless, your description makes her husband seem like the one who has the right idea about things. There is no winning in a situation like this only degrees of losing. So there is no question the best way to resolve things is for your sister and her husband to sit down and simply be fair with each other - after all do you really think the court will do anything different other than what is fair? If they can do that, all of their marital issues including child related issues like custody, support, visitation, etc. could be resolved with a simple formal written Separation Agreement for a whopping total cost of around $250 for most average couples. Or they can do things the way you describe your sister as wanting to do them. Hiring and paying strangers a crap ton of money to decide things for them that they could have decided themselves for free or at very low cost. Bottomline some people do this the smart affordable way and some people insist it be the hard expensive way because they think they can win or somehow want to use their children and / or the court to punish the other party. The sad thing is very often it only takes one of the parties to be unreasonable for it to be made hard and expensive for both parties. As to how likely unequal custody is awarded, typically that happens when it is appropriate and fair for the court to do so based on what is best for the children. Usually the party being unreasonable is the one who risks getting the lesser custody and often rightly so - after all, that is usually what is fair and best for the children . Best of luck.