I am looking into what my options are as far as pressing charges so more information would he helpful. 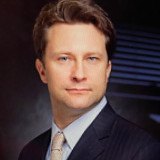 A: You can consult with local precinct or the local district attorney. Or consult a local attorney. There are civil and criminal ramifications.

Early in 2019, New York passed new legislation extending the statute of limitations for sexual abuse claims in the state. Before this legislation, victims had until they were 23 years-old to come forward and file their claim for abuse that took place when they were a child. Today, this deadline is extended so that victims have until they turn 55 to bring their case.

From August 14, 2019, through August 14, 2020, any victim of childhood sexual abuse can bring a claim against the individuals and institutions responsible for their abuse regardless of which statute of limitations applies. This opened the courts and a potential path to justice for perhaps thousands or tens of thousands of people who were abused as children but have been unable to come forward because the statute of limitations expired in their case.

The deadline to file criminal charges is also extended in many cases under this new legislation.

This one-year window allows for any claims of child sexual abuse in NY to be filed between August 14, 2019, and August 14, 20, even if the victims would have had their case blocked by the statute of limitations. The old statute of limitations blocked any claims where the victim of child sexual abuse was older than 23. With the current one-year window, you can file your claim even if you are older than 23 to seek justice for abuse that happened when you were a minor.

Keep in mind that once this window expires, claims will be blocked again. The old statute of limitations blocks claims from anyone over the age of 23 who was abused when they were a child. After this one-year window ends, this statute of limitations will still govern cases that took place before the passage of the Child Victims Act in February.

The new statute of limitations allows victims of child sexual abuse until they are 55 to file their claims, but it does not apply retroactively. This means that if your abuse occurred before the Child Victims Act went into effect in 2019, you must file your claim before you turn 23 or else file the claim before August 14, 2020. If your abuse occurred after the law went into effect, you have until you turn 55 to file the claim.