Q: Can a mother keep a child away from a non biological male that was put on a birth certificate for insurance reasons.

My girlfriend was married about 10 years ago. Stayed in the marriage for about a year. Never divorced. She dated 2 years later and got pregnant. The real father doesn't know and left before she knew she was pregnant.. The husband that she never divorced came around, put his name on the birth certificate because she thought she had to have his name on the birth certificate to use his insurance. Never paid for anything for the child. He Just occasionally babysat when the child was around 4 or 5. The child is 8. My girlfriend and her soon to be ex wouldn't speak for months and even years at some points throughout the friendship after the marriage.. I have been in the child's life for almost 4 years. The mother wishes to no longer have contact with her soon to be ex and dissolve the marriage. She does not want her child to have contact with this man. He is trying to retain parental rights for visitation. He hasn't seen the child in a year. 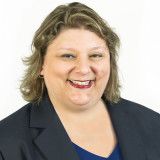 A: Thank you for your question. There are many moving parts in this scenario. The quick answer is that child is legally a product of the marriage. He was born during the marriage which makes the husband the father by rebuttal presumption. Then the mother confirmed he was the father by adding him to the birth certificate. As they go through a divorce he will have the same rights as any father. The fact that he has not seen the child for periods of time will factor into it whether he is the biological father or not. After 8 years, it is unlikely that the Court will now allow DNA evidence since both parties agreed at the time of the birth that he was the father.

She also has to consider the county she is filing for divorce in and the Judge she gets. This is not an easy situation. The best thing for her to do is to consult with an experienced family law attorney. Many firms, including mine, offer free consultations so that she can receive legal advice tailored to her situation. That is the best place to start. 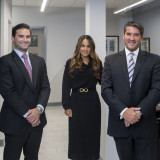 A: This is one of those "ouch" type matters with a lot of twists and turns, so its not that simple. At the heart of this matter is a guy who was legally married to your girlfriend at the time of the child's birth - meaning that he is presumed under the statute to be the child's biological father. Your girlfriend can move to dispute his paternity, saying that he is not the child's biological father but she would then be obligated to name / disclose who is the biological father. Once he is tested and it is confirmed that he is the biological father, he can then renounce his parentage, and then you can move to adopt him ( if that is your master plan). If you have no plans to marry your girlfriend and no plans to adopt the child, then im not sure why you and she want to fight to prevent the "husband" from occasionally seeing the child - I would suggest that if he wants to see the child and continue to identify as his father, then he should agree to a child support arrangement as well for the child's benefit. From a court's perspective, if he wants to be viewed as the father, financial support comes along with that obligation. If he wants to get off the birth certificate and not be viewed as the father, the court will view his request for parenting time with greater suspicion and be less inclined to consider it. As I said, it is not a simple question.