Corona, CA asked 1 month ago in Divorce for New Jersey

Q: Interstate: California has Jurisdiction over divorce, filed first there. NJ just issued a dissolution. Where do I start?

I filed first in California 8/14/17. He filed in NJ in June 2020. NJ has jurisdiction over division of assets and custody but CA retained jurisdiction over status of divorce. He would not agree to settlement, so we had not moved forward with divorce. Judge issued dissolution without ordering us to mediation and without authority of jurisdiction. What do I file? And where? 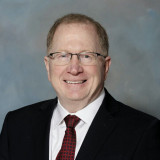 A: A resident of New Jersey can file a divorce complaint in New Jersey. The only requirement is that the Plaintiff was a bona fide resident of the State of New Jersey for more than one year. Both New Jersey and California are signatories to the Uniform Child Custody Jurisdiction and Enforcement Act (UCCJEA) which discusses which state is in the best position to address child custody and parenting plans. Absent orders on the issue the State in which the children have resided in for the past six months is usually designated the home state, and best situated to make decisions concerning the best interests of the children. More than one State can have jurisdiction in a Divorce case. As a general rule in New Jersey, you cannot secure a divorce until all issues are addressed by agreement or trial. There are various Court rules that address contesting Court orders. The applicable rules depend on the date the order was entered, the procedural history that led to the order as well as the issues addressed. Addressing the merits of an New Jersey order should be pursued in New Jersey. Most all remedies have time limitations so you should retain a lawyer in New Jersey to address your case specific issues without delay. 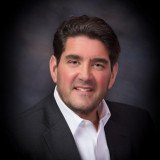 A: The issue of jurisdiction occurred on a regular basis... but there are a few issues that need to be sorted out.

2. If service of process of your California divorce matter occurred prior to his divorce filing in NJ, did you move to dismiss his NJ divorce complaint through the court system?

3. Is there an order out of the California or NJ court system as to jurisdiction and if so, what did that court order provide?

4. If you did not move before one or both of the court systems for dismissal of the NJ divorce matter, why didnt you do so? When the court entered an order in one of the matters, was that court aware of the existence of the other court matter? If so, what did that judge do to address the 2 separate divorce matters? 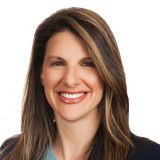 A: Thank you for your question. Jurisdiction can be a confusing issue, but your fact pattern only raises more questions. You indicate that you accept that a New Jersey court had jurisdiction over equitable distribution of assets and of custody. A New Jersey court will not exercise jurisdiction over division of marital assets without having jurisdiction over the divorce action. Therefore, I am presuming that you and/or your spouse were bona fide residence of New Jersey for at least a year at the time that the divorce complaint was filed in New Jersey, and that your children resided in New Jersey for at least six months. I presume that if a divorce complaint was filed in California in 2017 that the action as either dismissed for some reason or jurisdiction denied or lost in California because one would think that if a divorce complaint was filed in 2017 that the California court would have entered a divorce judgment by 2020 when the New Jersey action was filed. Just because an action was filed years ago in California that does not mean that California forever has jurisdiction if an action there was not completed. For this issue, I would suggest making an appointment for a consultation with an attorney so that some more facts can be obtained and then develop a plan as to how to proceed.