Q: My Grandfather died in 2007, he was 92 yrs old. His step children took him to change his Will, shortly before his death

My Brother and I were his only Grandchildren. Our Father (his Son), was an only child, died in 1978.

His 1st Will had left his home to my brother and I, which had been that way his entire life!

At 92 yrs old, while in a nursing home, his step children took him to change it! In which, he signed to remove my Brother and I totally! Leaving EVERYTHING to his Step children & Step Grandchildren!

Was it even legal, him at that age, in a nursing home?

My Grandmother (his 1st wife), who had the home build, died in the 1950's. I can't find her Will, anywhere! Which was suppose to have stated, the home was to go to her only Son, never to be changed...I have no way of knowing!

In 2007, when he passed, I was in the hospital. After yrs of being sick, I was diagnosed with MS then, went through a divorced! Could anything be done now? 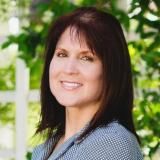 A: If the will the stepchildren obtained has been accepted by the probate court without challenge and if you were properly notified of the probate case at the time and given a copy of the will, chances are it is too late to contest it now. Contact a probate attorney in that county for a complete investigation to be more certain.

Lawyers - Get Listed Now! Get a free directory profile listing
Lead the Pack - Get Featured. Get Found