Q: i was detained at checkpoint for carrying an illegal immigrant we are both released? is that an illegal seizure of car.

it was 2 of us coming from el paso to odessa. we were asked for id's right away. im the driver and one in the passenger. He was asleep due to feeling under the weather so drank some nyquil. was woken up and the BP gent asked him few questions passenger didnt answer so they took us to secondary. i was cuffed and asked different questions. Now i was taken in to sierra blanca fingerprinted and interrogated some more they wanted to access my phone. Due to a previous incident at another checkpoint on highway 62 they detained me because my plates where reported that were used in a auto theft. which i told them no because i was stopped few two days prior and was investigated and given a ticket and let go. had proof of ticket and they still detained me and said that they will check my phone because it might be a weapon, so thats the reason why i said no. they released me and made me sign 4 documents keeping my car. first two they said the date was wrong, pass. was released a week ago in U.S. 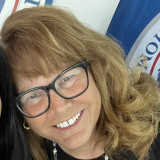 A: No. It was not illegal to take your vehicle. It may have been taken as a civil forfeiture because it was used in the commission of a crime.