Q: Im currently taking care of my Grandmother 95 and her brother 91. How do I go about becoming their legal guardian in pr

To be able to deal with their insurance, bills and bank I have been asked several times if I have any documents that deemed me responsible legally for them. I'm not sure what the process is to do so and the responsibilities that come with the title of legal guardian. 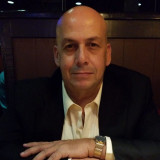 A: The Puerto Rico Civil Codes has a presumption that every adult is legally capable of managing his/her own affairs. Thus, getting to be designated as a tutor before Puerto Rico courts entails legally incapacitating your grandmother and grand-uncle. Doing so must be achieved in separate cases.

In the case of senior citizens, the matter of health may be one cause for incapacitating the person. It requires procuring a copy of the senior person's medical file and obtaining expert medical opinion to present to the court that the person is no longer capable of taking care of him/herself or his/her affairs.

An attorney for the state (procurador de la familia) is assigned to represent the elderly person in opposition of the person seeking tutorship before the courts.

In order to be designated a tutor, the person must reside in Puerto Rico, cannot have declared bankruptcy, cannot be financially insolvent, cannot have had a prior tutorship revoked by the courts, cannot have had his/her custody of minors previously revoked, cannot have been previously found guilty of having committed a felony, must not have economical conflicts of interest with the person to be incapacitated, among other requirements.

Both the court and the attorney assigned to watch out for the senior citizen's rights will require documentation from the candidate tutor: certifications of zero debt from the Puerto Rico Treasury Department and the Center for Collection of Municipal Incomes ("CRIM", by its Spanish acronym), a bankruptcy certification from the federal court for the District of Puerto Rico, a certification of debt from the Administration for the Sustenance of Minors ("ASUME", by its Spanish acronym), a certificate of good behaviour ("certificado de antecedentes penales negativos") from the Puerto Rico Police Department, plus copies of the tutor's financial and/or bank statements for the past six months, among other documentation.

During the evidentiary hearing, the tutor's testimony will be presented before the court, as well as the medical expert's, on the need for declaring legally incapable the senior citizen, whose testimony may also be heard by the court.

Should the tutor be so designated by the court, the person will need to post a bond, whose amount will depend upon the size of the senior incapacitated person's estate, before assuming the role of tutorship.

The court will issue a tutor letter which must next be presented before the Demographic Registry, and only then, can the person assume representation for the legal, physical, and financial affairs of the legally incapacitated person.

At the onset of the tutorship, and on each anniversary henceforth, the tutor must submit an account of his/her tutorship before the courts, in the form of an Income-Expense report. Once the tutorship ends, for example, due to the senior person's demise, a final report must be submitted to and accepted by the Puerto Rico court.

The tutor may take the incapacitated person outside the jurisdiction of Puerto Rico only by permission from the court.

Should you require further assistance in this matter, you may contact me through Justia.