Unbeknownst to my wife and I, my son's step grandmother secretly petitioned for guardianship claiming she was his biological maternal Grandmother. The Court investigator issued a recommendation based soley on the lies she told him. My wife and I found out and showed up and objected also basically proving everything she said was a lie. The judge says she can't continue, she must re-file as a non relative, which she did. My question is can the original recommendation be carried over and considered when the it would have never happened in the the non-relative petition as an investigation would be conducted by the Dept.of Human services? Both the Judge (Commissioner) and minors council seem to be operating as though this recommendation has validity. I'm not trying to be a TV lawyer but isn't all that fruit from a poisonous tree. 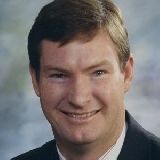