Q: 2 years ago, my friend married a guy but he's using her for the green card. How can I report him anonymously?

This guy is from Haiti. He has been staying on the tourist visa and he seduced my friend to married him. He has a kid with her now: a 2 years old daughter. 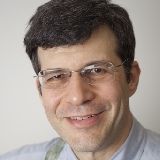 A: More information is needed, but it cannot come from her. You have no affirmative duty nor direct evidence of fraud by the husband! Strangely, you ‘may know’ more incriminating facts about her!

It reads more like, she ‘seems to want’ out of a marital relationship that appears to have been “entered in good faith.” Her claim calls for assumption and speculation that you are unlikely to validate. It’s probably best ‘not’ to get involved for the long run. You can’t assume anything told to you, to put it, politely.

‘If’ she is being unfaithful, or intimate, because she and her husband have fallen out of love, then she should have considered divorce, first. There are too many questions to ask, so avoid delving into this personal chapter in her life. Let her close the book on it!

Some terrible things can happen when people fall in and out of love. Relationships that are created can be destroyed. Things are said that shouldn’t be said. Claims can be made to justify questionable conduct. It is best to stay out of it! Again, she ought to end it. She’s the only one who can unless he does, first!

If her current husband wants to continue their relationship, but she doesn’t say anything, nor cares to seek counseling, then it won’t become clear to him that it’s over.

She has to tell him the truth and/or seek separation and divorce. Both should meet with a divorce attorney. He probably needs an immigration attorney. Child custody issues may be on the way!

Another question may be “who was/is/ be(ing) unfaithful and when?” You can’t know this question. You weren’t everywhere! Also, what irreconcilable differences led to this situation? There are too many unknown issues here. Neither of us likely will ever know enough. You may or may not want to know!

Either way, you should carefully evaluate your relationship with this woman friend. That is, whether you ‘should’ place any trust in these statements other than her marriage should be over, perhaps. Also, you don’t know what your relationship may be to the man who can become her former husband and his children.

Frankly, it’s unclear who you should tell nor whom to believe! Assuming, she is merely getting verbally intimate to attract attention, you must decide who’s getting seduced?

Also, whether you can/have keep/kept it verbally intimate until she is actually divorced, but that is a personal decision. In many states, adultery can still be a crime, even if it is rarely enforced. Good luck!