Kalaheo, HI asked 1 year ago in Criminal Law for Hawaii

Q: How long can drug evidence be held until they decide to charge you with possession of dangerous drug 2

What is the statutes of limitations on drug evidence 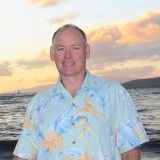 A: Promoting a Dangerous rug in the second degree is a class ‘B’ felony under the Hawaii Revised Statues. Assuming there are no other potentially more serious charges, a charge of this severity would have to be brought within 3 years of the incident.

(2) Except as otherwise provided in this section, prosecutions for other offenses are subject to the following periods of limitation:

(a) A prosecution for manslaughter where the death was not caused by the operation of a motor vehicle must be commenced within ten years after it is committed;

(b) A prosecution for a class A felony must be commenced within six years after it is committed;

(c) A prosecution for any felony under part IX of chapter 708 must be commenced within five years after it is committed;

(d) A prosecution for any other felony must be commenced within three years after it is committed;

(e) A prosecution for a misdemeanor or parking violation must be commenced within two years after it is committed; and

(f) A prosecution for a petty misdemeanor or a violation other than a parking violation must be commenced within one year after it is committed.

(3) If the period prescribed in subsection (2) has expired, a prosecution may nevertheless be commenced for:

(a) Any offense an element of which is either fraud, deception, as defined in section 708-800, or a breach of fiduciary obligation within three years after discovery of the offense by an aggrieved party or by a person who has a legal duty to represent an aggrieved party and who is oneself not a party to the offense, but in no case shall this provision extend the period of limitation by more than six years from the expiration of the period of limitation prescribed in subsection (2);

(b) Any offense based on misconduct in office by a public officer or employee at any time when the defendant is in public office or employment or within two years thereafter, but in no case shall this provision extend the period of limitation by more than three years from the expiration of the period of limitation prescribed in subsection (2); and

(5) A prosecution is commenced either when an indictment is found or a complaint filed, or when an arrest warrant or other process is issued, provided that such warrant or process is executed without unreasonable delay.

(6) The period of limitation does not run:

(b) During any time when a prosecution against the accused for the same conduct is pending in this State; or

(c) For any felony offense under chapter 707, part V or VI, during any time when the victim is alive and under eighteen years of age.