Birmingham, AL asked 1 year ago in Child Custody and Child Support for Alabama

I relocated to Alabama in June 2019. My custody papers were finalized and filed in TN. My ex is now relocating to Alabama from TN and has requested a modification of custody time and support. I am in agreement with the change in time, but he is also stating that his job will cease in a few months time due to lay offs. Should I tell him to submit to modify through his attorney and wait for the next step? I would like to eventually move the case to Alabama completely, but that will be expensive. He will try to base his income on the impending job loss, but wouldn't that be considered speculative? I would think the court would modify based on current income only. I am mainly asking about the prohibitive cost of moving the case jurisdiction and also the fact that if he wants the modification the cost should be assigned to him for filing?Thank you. 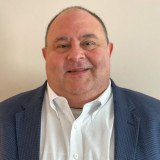 A: Tennessee no longer has jurisdiction in your case. You reside in TN, your child resides in TN and the father lives in TN. It is no more expensive to return to court in AL than it is to return to court in TN. There is a procedure to domestic, enforce and modify the TN judgment than any lawyer skilled in this area of law will know and understand. Is there a pending open case? If so you can definitely file your own case in Alabama and seek that it be transferred to Alabama again because if neither the child, nor the mother or father live in TN any longer than TN no longer has jurisdiction and any evaluation as to what is in the child's best interest will include almost exclusively evidence in AL. No court in either state is going to set or modify child support based on what might happen in the future and will base any decision on what evidence exists at the time. Furthermore, at least in AL, child support is based on your earning ability and not your actual earnings so you can't time going back to court with a temporary job loss or income loss to decrease child support only to replace that income shortly thereafter. Seek out an attorney and if he is going to try and place loose and fast with child support I don't know that I would be so quick to grant his wishes on visitation.