Q: Is it possible for me to pursue sole custody if the other parent has been convicted of attempted murder?

I opened a case for child support shortly after my child was born. I have experienced abuse during and after the pregancy from the father. I have ask him to leave multiple times he has left however continues to threaten me that he is going to get half custody of our child. I did not know he had a record until after i was pregnant. Is it possible for me to pursue sole custody if the other parent has been convicted of attempted murder?

A: He has merely threatened to sue you? Until he does, he doesn't have any rights regarding child custody. And IF he does, a likely prison sentence would obviously prevent him from exercising visitation, at least until he is released. It's not clear what you are worried about. 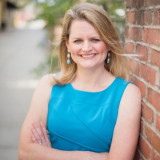 A: Unless he has filed a paternity action, you retain the rights to the child. This is not something to be concerned about unless he file an action against you. The abuse and his record would be evidence you could use to make your case.