Q: If a NOP is set up for three years but have never filed with CA Attorney General but running its business. Legal or ill?

We would like to know if NpO has existed for three years ,but has not registered with AG for three years, but it has been taking donations and other activities (jot much formality or normal meeting records keeping as you may guessed) , we want to know the consequences if this not not registered status: if this could be a ground for investigation? Or even dissolution. 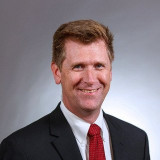 A: There are a lot of issues here. If this were to come into my office, we would probably spend a lot of time just talking about the facts and history before giving any advice. And the advice would depend on whether I am speaking to an officer, board member, donor, member of the public, etc. Without those facts, I will make some assumptions.

You say that the nonprofit has existed for three years. I assume from this that the organization has filed articles of incorporation with the California Secretary of State, and that it is probably a Public Benefit Corporation.

You say that the nonprofit has been taking donations. I assume from this that the organization qualifies as a charity of some sort. (Not all nonprofits are charities, but "donation" seems to imply that we're talking about a group that is holding itself out with claims to be a charity to get donations.) (If this is a church, and the donations are from members of the congregation, we are in a whole different world.)

It's important to understand that there are at least four government agencies that might have some oversight role in this organization. (1) The California Secretary of State is concerned with the existence and dissolution of a corporation, including nonprofit public benefit corporations. (2) The federal Internal Revenue Service is concerned with two things: whether the corporation is "tax-exempt" (i.e. whether it is required to pay federal tax on its revenues) and whether it is a charity (i.e. whether people can claim a tax deduction for donating to the charity). (3) The California Franchise Tax board is concerned with whether the organization is required to pay California income tax on its revenues. (4) The California Attorney General is concerned with overseeing how charitable organizations in California care for the donations that they have received. All four of those government agencies have both INITIAL paperwork that needs to be filed, and also ANNUAL reports that need to be filed.

On the question of investigation, the AGs "Registry of Charitable Trusts" will investigate allegations that a charity is not complying with the law. That might include charities that never registered with the AGs office, or it might include charities that registered and then failed to submit its annual forms. If a charity never registered but is accepting charitable donations, the AG might send a "notice to register." If the charity registered but failed to send in annual renewals, they will send a delinquency notice. If a charity ignores these notices, there are potential penalties, including past-due annual renewal fees. If the AG's office is worried that an organization is taking in donations for charitable purposes and not safeguarding those donations for the purposes of the charity, they might also open an investigation. Taking in donations and never filing any of the AG forms is probably a red flag that would cause the AG to open an investigation.

Dissolution is a different matter that falls under the Secretary of State. Filing to file annual reports with the SoS can lead them to first suspend and then terminate a corporation.

This charity probably needs to talk to a lawyer.