Q: Does only the judge have to sign a temporary custody agreement due to military deployment (this is after he deployed)

On the order filed against us, they crossed out where the plaintiff, defendant and her attorney would have signed. Are they not required to sign the “motion” that was filed? My husband had primary custody of my stepdaughter that I have raised for the last 8 years and BM moved to NC when she found out about the deployment. She has had 2 prior CPS investigations against her and is currently in a 3rd, yet the judge still granted her custody?!?! We were all shocked and devastated to say the least. My stepdaughter has made it VERY clear to her BM & social worker that she wants BM out of her life. She is begging to speak to the judge. 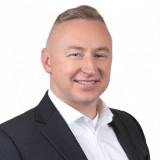 A: A custody agreement may be formed between parties without the involvement of a court, but it carries no enforcement mechanism if a court is not involved. When co-parents are getting along, these are routinely formed without a court's involvement. In some cases the agreement is entered as a court-filing and then approved by the judge, which gives it force of law. Your situation seems to involve a non-amicable relationship, and a out-of-court agreement is unlikely, and even if one were to be formed it would lack enforcement. As for the military deployment angle, the Servicemember Civil Relief Act gives some protections when a deployed service member is able to respond to an action, but that would turn on the specifics of the situation.