Q: I've been asked to sign a release form, was not explicitly said what I needed to sign or that it had to be notarized.

Know All Men By These Presents, That I/we the undersigned, for the sole and only consideration of One Thousand Seven Hundred and Nine 50/100 (1,709.50) paid to me/us in hand by ABC Corp, the receipt whereof is hereby acknowledged, hereby release and discharge, and by these presents do hereby forever release and discharge ABC Corp, its officers, directors, shareholders, managers, employees, agents, heirs, executors, administrators, insurers, successors and assigns (“ABC Releasees”), of and from any and all liability, claims, demands, controversies, damages, actions and causes of actions of any kind including but not limited to, those arising on account of services performed under any contract between ABC Corp. and the undersigned, payments claimed to be due from ABC Corp., and any and all other loss and damage of every kind and nature caused by or resulting from the period of time the undersigned worked for ABC Corp. It is expressly understood and agreed that said of One Thousand Seven 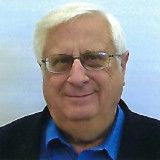 A: It seem like ABC corporation wants to pay you $1,709.50 for a release and discharge for some damaged they caused you. This release is a legally binding agreement used to protect ABC Corporation from having you bring further legal action against them for a number of reasons. They want to close this matter to prevent you from further action against them. If you accept this release and take their money, you lose future remedies to sue them. If you believe the amount they are offering is fair. . .take the money. It sounds as if it would probalby cost you more money to take them to court vs. the amount of money you would receive.

If they are willing to give you the money, without the document being notarized, i.e., just signed by you, are good to go.