Washington, DC asked 4 years ago in Civil Rights and Criminal Law for District of Columbia

Q: In DC when the police are called, do I have to answer their questions? Do I have to show them my ID? Can I leave?

A: You never have to answer questions, and you are free to leave at any time until and unless you are under arrest, for which they require probable cause to believe you have committed a crime in their presence, or a recent crime nearby, or if they have an arrest warrant.

"(a) A pedestrian who is stopped by a police officer or other authorized official after the pedestrian has committed an infraction of these regulations shall be required to inform the officer or other official of his or her true name and address for the purpose of including that information on a notice of infraction; provided, that no pedestrian shall be required to possess or display any documentary proof of his or her name or address in order to comply with the requirements of this section.

(b) A pedestrian who refuses to provide his or her name and address to a police officer upon request after having been stopped for committing an infraction of these regulations shall, upon conviction, be fined not less than $100 nor more than $250."

In 2004, the US Supreme Court ruled that a suspect had been lawfully arrested and prosecuted for refusing to give

reasoned that a state statute can require a suspect to disclose his or her name in the course of a brief stop, if the

detention was based on reasonable suspicion of a crime. Therefore, if state law requires identifying yourself to an

officer, refusing to answer a request for one’s name during a stop could lead to an arrest.

I do not know off hand whether DC has a "stop and identify: law other than the one cited above for minor traffic/pedestrian infractions, but I believe it does not. This would have to be further researched. 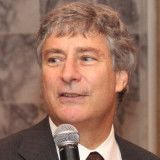 A: Its important to realize that in the District of Columbia, ALL Washington Metropolitan Police Department officers (with very few exceptions, such as undercover officers) are now REQUIRED to wear bodyworn video cameras (BUT see the last paragraph, below). They are supposed to turn the camera on as soon as any police enforcement interaction with civilians begins. That means if you do not wish to answer any questions, you should make it clear, loudly, that you do not, and keep walking unless ORDERED to stop. You should make sure both your hands are visible, outside your clothing, so the police can't say they thought you were reaching for a weapon. You need to be clear and loud that, "I am not doing anything wrong, I don't wish to talk to you," and keep walking (don't run, but keep walking). This may not keep you from being arrested, but it will give your attorney something to work with in moving to suppress any illegally seized evidence, and give the judge the evidence he needs to decide whether or not to suppress (exclude) the evidence against you at your trial. If the evidence is ordered suppressed, it usually results in your case being dismissed.

Until the police began wearing these cameras, they could write whatever they wanted in their reports about how you were acting suspiciously, giving rise to the right to stop you. The judges would usually credit what the police said over what the defendant said, as the defendant has a great personal interest in being found not guilty and therefore a reason to lie, and the police are considered to have no interest in the outcome. The cameras have changed all this.

A tactic DC Police Gun Recovery Unit frequently uses is to say something in a real friendly manner like, "Hi, How 'ya doing'? Can you just please lift your shirt for a quick second just so we know you don't have any weapons?", or "Hi, How's it going? Can you stop for just a second so I can talk to you?", or "Hey, you guys all right? Mind if I just check you out real quick for weapons?"

These are requests, not commands. You do NOT have to answer questions or honor a request to stop. However, if the officer says, "STOP!" that is not a request. Its a command, and you do have to stop. If the officer puts his hands on you, you ARE being detained, and you DO have to stop. You still need to say, loudly and repeatedly and calmly, "I am not doing anything wrong, I don't wish to answer any questions, Am I under arrest? I want to leave." Again, this very possibly won't stop you from being stopped, searched and arrested, but it MAY very well help you out down the road at trial.

Frequently, Gun Recovery Unit officers will say, "Look, we don't care about drugs, we only care about guns." Trust me (said the lawyer) they DO care about drugs. If they find drugs, you are going to jail!

You also need to bear in mind, there are MANY police agencies operating on the streets of Washington, including the US Park Police, the US Capitol Police, the US Secret Service Uniformed Division, METRO Transit Police, DC Housing Police, and others. Most of them do NOT have to wear bodyworn cameras. Therefore, the above paragraphs only apply to interactions with Washington MPD.

A: You have the right to remain silent and to have an attorney present during custodial interrogations. If you're not under arrest, you have the right to go about your business. You do have to show your ID when asked by the police, however. More details are necessary to provide a professional analysis of your issue. The best first step is an Initial Consultation with an Attorney such as myself. You can read more about me, my credentials, awards, honors, testimonials, and media appearances/ publications on my law practice website, www.AliEsq.com. I practice law in CA, NY, MA, WA, and DC in the following areas of law: Business & Contracts, Criminal Defense, Divorce & Child Custody, and Education Law. This answer does not constitute legal advice; make any predictions, guarantees, or warranties; or create any Attorney-Client relationship.