Q: The findings and order after hearing was filed incorrectly. I was served 7 days after it was filed plus other errors

I was served 7 days after it was filed plus other errors including the petitioner being called respondent and vice versa. which by doing that that gives the respondent custody in the situation. I filed my opposing FAOAH and was in my time frame since being served but the court rejected them. Did not even look at my papers. They said I need to file an RFO. can somebody help with what i need to file? I live 3 hours from the court house 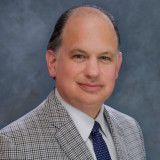 A: I would need more information, but I would want to know whether there was a court reporter present so that there is a transcript available to purchase that shows what the judge actually decided; who :they" are, who said you needed to file an RFO to correct what seems like an obvious mistake; were you given a copy of the proposed FOAH prepared by the other party before it was filed; and, whether the judge said on the record that the orders being made were "effective forthwith" (or not). It is also important to know which county the case was heard in, because each California county has its own set of local rules.

Courts technically have the right to change their mind after the hearing, but it is rare and usually is only done after giving the parties another chance to be heard. But this seems like an obvious mistake -- not a case of a judicial change of mind.

You might be better off seeing if you can get this corrected at a properly noticed ex parte hearing. Usually an ex parte hearing is scheduled for the next court day or two upon request; and, if it concerns custody, there needs to be an emergency involving imminent harm to children or a risk that they will be removed from the state (or domestic violence). But ex parties also can be used to address scheduling and, possibly, procedural and other issues that involve processing paperwork but where a judge's signature is needed.

As for the delay in your being served, I don't think that's the problem. The problem is what the FOAH that the judge signed said.