Hayes, VA asked 5 months ago in Family Law for Virginia

Q: My father died in 2018, he left me and my brothers everything but he was still married.

I'm in VA and my father left me and my brothers everything in his will since he was in the process of getting a divorce. My mother has since taken everything and relocated to another city in VA with her new boyfriend. She is now in the process of selling their house. Do i have any rights because I was told since he was still married (although legally separated) that she gets 100% even though she's not even listed in his last will and testament. 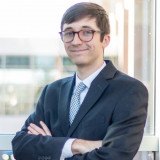 A: If your father did not receive an absolute divorce decree, then yes she would be entitled to something. However, the extent of what your mother would be entitled to is based on the length of marriage and size of the estate. She could potentially have a claim for 50% of the augmented estate, which includes many different things. Even if there were a valid will, Virginia will not allow people to disinherit spouses either expressly or by omission. Virginia also does not recognize "legal separation," like some states, but we do have divorce a mensa et thoro which is similar. That type of divorce is typically one where one spouse is able to remain on benefits of the other spouse, such as insurance. For inheritance purposes, it does not "count" as a divorce, though. If the judge had filed a final decree of divorce, then the will, if valid, would have been sufficient to disinherit her. If she were listed as a designated beneficiary for life insurance, pension plans/401K's, then she would most likely still have a claim to it. If she were listed as an owner of the house, then her interest may remain, but it depends on the exact ownership type she had.