Houston, TX asked 2 years ago in Car Accidents and Personal Injury for Texas

Q: I was placed at fault in an accident. Driver has no license, and even admitted fault in a text message weeks later.

I was in a bicycle accident recently involving a car who ran a red light, hitting me on my side and sending me to the emergency room. The police placed ME at fault. This guy had no license, and just recently texted me admitting fault.. Weeks later after the police had already filed their report. There are no red light cameras, there was even a witness.. ALTHOUGH he did not stay for the police. He is insured, and is trying to have me pay for the damages to his vehicle. I'm struggling here, no lawyers seem to want to help me out just because I am originally placed at fault here. What are my options? What can I do now that he admitted fault through text.. Even if it was a mistake it clearly says that he caused it. He still wants me to pay even after the text. 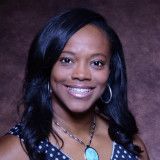 A: It’s going to depend on the substance of his text and what the witness has to say. As a cyclist myself I empathize with you. I’m willing to discuss it with you on a call tomorrow. 888-343-4529.?

Jessica McKinney agrees with this answer

A: Don't worry too much about what the police decided. In most jurisdictions the conclusion(s) of the police are not "evidence" that a jury will hear about. Although the insurance companies might look at what the police decided in determining whether to settle your case, the officer's conclusion that you had fault is not fatal to your claims. If you received a text from the defendant admitting fault, that's pretty convincing evidence (that would be admissible in most jurisdictions) of the other driver's fault. Do everything you can to SAVE that text. Print it out, take a screen shot of it on your phone (with context showing it came from the other driver's phone number), backup your phone....you get the picture.

You have lots of "options." Primarily, you need an attorney to believe in your case. I don't have to take a case if I don't believe what someone is telling me. My suggestion is not to try to "sell" your case to a lawyer, but to be frank about the not only the strengths of your case, but the weaknesses as well. A lawyer can smell a bad case from a mile away when a potential client is trying to spin every fact in their favor rather than being straightforward. I know I can trust a potential client when they tell me all the bad stuff up front.

Jessica McKinney agrees with this answer