Q: Does sexual abuse include a male making a minor strip naked? 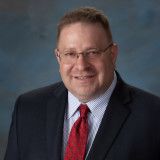 A: The elements of the crime of Sexual Abuse in Arizona (A.R.S 13-1404), regarding minors, depends on the age of the particular minor. If the minor is fifteen or more years of age, then sexual abuse is committed when the accused, without consent engages in sexual contact with the minor. Sexual contact is defined as "any direct or indirect touching, fondling, or manipulating of any part of the genitals, anus or female breast by any part of the body or by any object or by causing a person to engage in such conduct." However, if the minor is under fifteen years of age, the illegal behavior is limited to sexual contact with the female breast, consent is not an element, and sexual contact with the genitals or anus is classified under the more serious offense of child molestation.

So, regarding the question posed of does sexual abuse include making a minor strip naked, that question cannot be answered without more details involving the offending behavior. If the minors' genitals, anus, or breast is touched directly or indirectly, or the minor is instructed to touch their own private parts or breast, then the offender during the minors' act of stripping naked, would be committing the crime of sexual abuse. If the there is no sexual contact involved in making a minor strip naked, that still does not mean the behavior is legal. I can think of a variety of crimes a male making a minor strip naked could be committing. One example would be if the male photographed the undressing of the minor, then he could be charged with Sexual Exploitation of a Minor (13-3553), or, Just the simple act of a male ordering a minor to strip in front of him could be charged as Contributing to the Delinquency of a Minor (A.R.S. 13-3612).

The bottom line is that an experienced criminal defense lawyer would need to know more to answer your question. For example, was the male making the minor strip as part of his caretaker responsibilities? If so, then any lawyer experienced in sex crimes defense, like we are at the Schreck Law Firm, could explore the viability of a caretaker defense to a charge of sexual abuse.