Campbell, CA asked 8 months ago in Criminal Law for California

Q: Can you go to the police to report that a crime possibly occurred or do you have to have proof that a crime did occur?

After a social gathering at her house my mom discovered that her wallet from her purse was missing from her bedroom. She called the 16 people who were there and asked them if they had seen anyone go into her bedroom during the party. 3 of the guests told her they had seen a certain person go into her bedroom and that he came out several minutes later. My mom said that she had already called this person to ask if he had seen anyone go into her bedroom and he replied that he had not, but unlike the other 12 people who told her they hadn't seen anyone go in there, this person asked her if anyone had told her that they had seen someone. She told him no. My mom decided not to call the police because she said you need proof. I told her you only need to suspect that a crime may have occurred and that through their investigation, the police may determine that her wallet was stolen and by whom. Am I right, can't you report to the police that a crime may have occurred?

A: Different police departments operate differently in terms of how they decide to open investigations. Generally speaking, you must have some reliable evidence of a crime before the police will investigate. Evidence like documents and eye witnesses will garner more attention by the police than evidence such as hearsay statements and conjecture.

John Karas agrees with this answer

A: WHAT HAVE YOU GOT TO LOSE.

THE POLICE WILL INVESTIGATE, HOPEFULLY.

A THEFT TOOK PLACE AND IF THEY AGREE TO WORK ON IT, THEY WILL NO DOUBT CONTACT THE NECESSARY WITS. 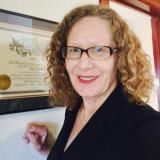 A: Providing 3 witnesses who saw Mr X go into the room and the fact that the wallet is missing is probably enough to report the crime and the suspect. If any cards were taken, or other property there may be more evidence for police to find. You probably have enough to sue in small claims court as well.