Lawyers, Answer Questions  & Get Points Log In
Questions Answered by Stephen Howard
1 Answer | Asked in Real Estate Law for Utah on Jan 9, 2011
Q: Can the owner of his own property be charged with trespassing when he enters his own lot or his own home? 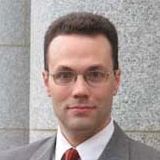 Odd as it may sound, it is sometimes possible to be charged in Utah with trespassing on your own property.

For most property offenses (theft, criminal mischief, etc.), the statutes refer to "property of another." Trespass, on the other hand, refers simply to entering or remaining... Read more »

1 Answer | Asked in Criminal Law for Utah on Jan 10, 2011
Q: Bob is accused of criminal mischeft for PURPOSLY breaking a window while intoxicated when he doesnt remember doing it

Can bob get off on a technicality? dont they have to prove that he did it on purpose or it doesnt count.

In Utah, criminal mischief is usually charged where a person person "intentionally damages . . . the property of another." Whether the damage was done "intentionally" can be up to a jury to decide. The fact that a defendant can't remember what happened could actually work... Read more »

1 Answer | Asked in Criminal Law for Utah on Jan 5, 2011
Q: I lent my sister certain items. when asked for said items she refused to return them. what should i do

I lent her the items while i was on my 2 year Mormon mission. i have since returned and asked for them back, but she refuses to give them up, saying that "I gave them to her". some of the things that she has she didn't have permission to have in the first place. what should i do in... Read more »

Theoretically, you could sue her in small claims court (assuming these are not very valuable items), or you could call the police and report the items as stolen. Whether you succeed in court would depend in part on who a jury or judge believed. If the jury/judge believed her when she said that... Read more »