Q: When a lawyer tells u to bring 1500 and charges will be dropped what should I do when I'm innocent to start with 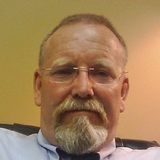 A: I cannot answer for another attorney, but I would expect that most attorneys would make clear that they cannot guarantee the results in a case (as in charges being dropped), as that is something that ultimately requires either the agreement of the District attorney's Office or the ruling of a judge after they have been presented with the facts of the case. But, if after hearing the facts of your case, an experienced defense lawyer firmly believes (99%?) that they can get the charges dropped, then they might be expected to communicate that quite confidently. And of course, some lawyers may just promise more than they can deliver.

The issue of the attorney charges for the representation seems to be another question.

I trust you have no problem with the charges being dropped, but are bothered by the idea that as an innocent party you feel like you are being asked to purchase the result that the law itself should provide. And I think some folks decide to represent themselves for just that reason. I will not go into great detail, but that is often a mistake. That you are innocent does not mean that getting this done (getting the charges dismissed) will not require work on the part of the attorney. And you are paying for that attorney's skill and reputation in being able to communicate with prosecutors and argue to judges in ways that are effective to get them to see that which is clear to you (but apparently not clear to whoever charged you) -- that you are innocent. The law says you are innocent until proven guilty, with the burden of proof on the state, but the hard reality is that being accused places a big burden on you to defend yourself. False accusations may have to be shown to be so. That is where a good lawyer comes in handy.

I recently (just last week) had a felony case dismissed (charges dropped) that was well over a year old. When my client originally told me the facts of the case, I told her I believed we would get the charges dismissed. It seemed pretty simple. But every month since those charges were filed, my client has had a court date. On dates when she had medical issues or other reasons for not being able to appear, I was there to continue her case, and my office kept up with the court dates and continued to urge the prosecutor to look closer at the case because it needed to be dismissed, and my client was not going to plead to anything. In this particular case I believe that the prosecutor would have eventually dropped the case whether the client had a lawyer or not if she had continued to refuse a plea agreement, but she would probably have been called and failed at least once, with an order for her arrest issued, and she would have spent a lot more time in the courtroom had she been representing herself. When it was all over, was she glad she had a lawyer? I believe she definitely was. Was it fair that a person who was falsely accused had to expend time and resources on this? I don't think so. But that is simply the way the system works. Her only recourse would be a civil suit against her accuser. And that is not a realistic possibility. I hope this was helpful.

PLEASE NOTE: NOTHING SAID HERE ESATABLISHES ANY ATTORNEY-CLIENT RELATIONSHIP BETWEEN THE WRITER AND ANY READER. THIS IS GIVEN FOR EDUCATIONAL AND ENTERTAINMENT VALUE, AND NOTHING ELSE.