Also what if one of the parties wanted revenge and threatened to post them, without consent. Can they get in trouble? 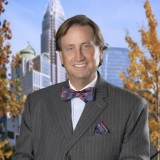 A: This appears to be a duplicate inquiry. Generally, an important inquiry is to determine whether the pictures are of a MINOR.

Sexting is a term used to describe the sending or receiving of sexually explicit messages, including images and videos, through devices such as cell phones. In recent years, with the increase of technology usage amongst teens, there has been an increased prevalence of sexting behavior amongst minors in the United States.

- are current or former spouses;

- are persons of opposite sex who live or have lived together;

- are related as parents and children, including others acting in loco parentis to a minor child, or as grandparents and grandchildren;

- have a child in common;

- are current or former household members;

G.S. 50B-1(b). A dating relationship “is one wherein the parties are romantically involved over time and on a continuous basis during the course of the relationship. A casual acquaintance or ordinary fraternization between persons in a business or social context is not a dating relationship.”

A person guilty of this offense:

(2) discloses an image of another person

(a) coerce, harass, intimidate, demean, humiliate, or cause financial loss to the depicted person, or

(b) cause others to coerce, harass, intimidate, demean, humiliate, or cause financial loss to the depicted person, and

(4) the depicted person is identifiable from the disclosed image or from information offered in connection with it,

(6) the person discloses the image without the affirmative consent of the depicted person, and