Q: Ca expunged misdmeanor in 2010. Original conviction In 2008. New employer running LiveScan. Can they use against me?

A: After a crime is expunged, the fact that it was expunged will still remain on your record and is likely to still show up in a background check. 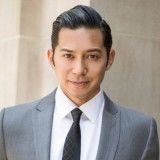 In general, employers are legally prohibited from asking an applicant if he has an expunged conviction on his record.

However, for some jobs, an applicant must disclose his conviction, even if it was expunged. For instance, persons applying to the military and to work within the criminal justice system must disclose their expunged convictions. So, too, must those seeking a state license in order to work, such as a nurse, a pharmaceutical technician, or an architect. Labor Code 432.7(e), Penal Code 1203.4(a)(1).

But even if an employer discovers an applicant's expunged conviction, that's not necessarily a bad thing.

An expungement communicates that an applicant accepted responsibility for his misconduct, paid his debt to society, and refrained from criminal activity for several consecutive years. It's proof of the applicant's sincerity to reform. Often, the granting of an expungement is discretionary--a judge can choose not to. But by earning an expungement, an applicant has demonstrated that he has rehabilitated to the satisfaction of a judge.

Expunging your conviction will by no means guarantee that you get the job. But your chances of advancing to the interview are much better now than if you had not received the expungement. In essence, the expungement has put you back on a level playing field with all of the other applicants.

Should you be invited for a job interview, your expungement will allow you to discuss your conviction, as well as the strides you’ve made since, with confidence. In fact, a willingness to openly address your expunged conviction demonstrates courage, transparency, and forthrightness, character traits that most employers appreciate.