Woodbridge, VA asked 8 months ago in Family Law for Virginia

Q: How can I be permitted to visit with my 11 year old nephew, if the parents do not allow me to?

They are not legally separated, but live in separate dwellings. 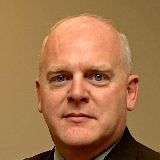 B. In determining custody, the court shall give primary consideration to the best interests of the child. The court shall consider and may award joint legal, joint physical, or sole custody, and there shall be no presumption in favor of any form of custody. The court shall assure minor children of frequent and continuing contact with both parents, when appropriate, and encourage parents to share in the responsibilities of rearing their children. As between the parents, there shall be no presumption or inference of law in favor of either. The court shall give due regard to the primacy of the parent-child relationship but may upon a showing by clear and convincing evidence that the best interest of the child would be served thereby award custody or visitation to any other person with a legitimate interest.

As used in this chapter:

"Person with a legitimate interest" shall be broadly construed and includes, but is not limited to, grandparents, step-grandparents, stepparents, former stepparents, blood relatives and family members provided any such party has intervened in the suit or is otherwise properly before the court. The term shall be broadly construed to accommodate the best interest of the child. A party with a legitimate interest shall not include any person (i) whose parental rights have been terminated by court order, either voluntarily or involuntarily, (ii) whose interest in the child derives from or through a person whose parental rights have been terminated, either voluntarily or involuntarily, including but not limited to grandparents, stepparents, former stepparents, blood relatives and family members, if the child subsequently has been legally adopted, except where a final order of adoption is entered pursuant to § 63.2-1241, or (iii) who has been convicted of a violation of subsection A of § 18.2-61, § 18.2-63, subsection B of § 18.2-366, or an equivalent offense of another state, the United States, or any foreign jurisdiction, when the child who is the subject of the petition was conceived as a result of such violation.

So, you could file for visitation as a person with a legitimate interest and then prove by clear and convincing evidence that visitation is in the child's best interests, Va. Code 20-124.3.