Q: with married couples does et al by their name on a title mean anything like whoever folks she deem has part in title too

My wife's name has et al on the title mines doesn't. Does this mean that her folks or whoever she deem "et al" has a part in our title? 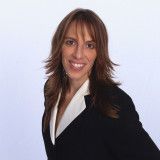 A: While the tax account or public record possibly lists one owner followed by "et al," it is highly unlikely that the actual title (deed) lists ownership that way.

You'll want to look at the deed itself to see who is on title and how the title is structured. A husband and wife typically own property together as "tenants by the entirety" which means that the widow (or widower) would own the property when the first spouse dies. Sometimes (though not as frequently) a married couple owns as "tenants in common" which means that each person's 1/2 is owned independently and passes through each person's will or estate.

A: Et Alia, as you seem to know, translates to “and other.” It is most often used where one refers to a case with multiple parties on the same side to shorten the caption. It’s just an abbreviation, though it does seem it might have been used improperly if the deed reads “Husband and Wife, et alia.” As you say, who are the others. If, however, it reads “Wife, et alia, Husband,” that’s merely grammatically clumsy and a bit redundant. In any event, without a whole lot of evidence to show the intent to create a strangely creative trust or power of appointment, which likely fails anyway, “et alia” is not a general power of appointment. The fight over that, especially after one of you dies or initiates a divorce, will be much, Much, MUCH more expensive than a corrective deed.