Q: Can an employer threaten to fire you for using a phone during work hours?

My supervisor said he was sent an email stating my employer wanted to fire me for using a phone during work hours, which I have done previously for over a year. I and another employee, both women of color, were told we were acting suspicious and how they were afraid we were planning a robbery at the bank we work lobby security for due to cellphone and earphone usage. I personally believe it was racial profiling as I am of hispanic origin and the other person being of black race. The bank managers and employees had no complaints about our performance, even going as far as thanking me for doing a great job. Only our employer via surveillance cameras. Is this accusation/threat grounds for a lawsuit?

A: Maybe? Are you working in a hostile workplace? What evidence is there that black and/or Hispanic or other minority employees are being targeted? Have similar threats been made against other employees who may not be protected? Have you suffered an adverse employment action?

One threat may not rise to a discriminatory action. Many more facts need to be discussed, discovered and evaluated. If the observed actions reasonably give rise to concerns no matter who did them maybe not?

Where were you exactly, how long were the conferences or calls, when were they made, who were they made to, what was discussed, who did you discuss this with, have others been similarly treated, what do your employer's policies say, are such actions ones where you might have to report other employees, have there been robberies or thefts in the area or location, as you can see reasonableness needs to be evaluated.

Call some employment lawyers. Every case either gets better or worse with time. None are easy. You will sense whether you might have a claim probably in less than 15 minutes on a phone conference with an employment lawyer. 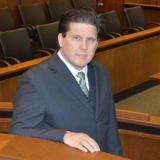 A: As an at-will employee, you can be fired for any reason as long as it is not discriminatory. However, if only women of color are being told this while others use their cell phones then it may be the basis for a lawsuit / EEOC complaint.

But, if your employer tells everyone not to use their cell phones, or it is a written policy it would be really hard to overcome a willful violation of policy to win a lawsuit.