Q: I’m curious on if i can take legal action for a situation that happened to me.

I rented a Uhaul truck from a facility and paid for it in full, and then on my drive home I was followed by police, pulled over, and then had 6 cop cars swarm me and demand i get out at gunpoint. I was detained, placed into handcuffs, read Miranda rights, and then told the truck was stolen. I did not steal it. I paid for it legitimately but was treated like a criminal. I worked with officers on site to clear it up, but I’m furious at Uhaul and my local police department. What can I do to take action against this? I’m deeply traumatized and angry over this. 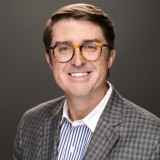 A: You may have a defamation or false arrest claim. Either UHaul should not have reported that particular truck as stolen, or the police stopped the wrong truck (if there was another truck that was stolen and reported as such). Hard to tell who the actual legal claim is against, but you likely do have a claim against one or the other. You should contact a Civil Litigation attorney to discuss the facts further. Where did this occur?

A: False imprisonment occurs when an individual is wrongfully held in custody. However, if you are arrested based on evidence, even if it is later revealed that the evidence was incorrect and that you are actually innocent of the accused crime, you probably do not have a claim for false arrest because the police were acting on the best available information they had at the time. However, it may be worth reviewing the details of your case with a civil rights lawyer, because the actions of the police do sound excessive - for instance, why were six police vehicles deployed and guns drawn if you were fully cooperating? It’s worth getting to the bottom of this to see what led to this traumatizing event.