Lawyers, Answer Questions  & Get Points Log In
Iowa Criminal Law Questions & Answers
1 Answer | Asked in Criminal Law and Car Accidents for Iowa on Feb 25, 2018
Q: Yesterday i was leaving Walmart a lady started to reverse so we stopped walking. She then stopped so we proceeded to wa

1 Answer | Asked in Criminal Law and Wrongful Death for Iowa on Jan 16, 2018
Q: I just need legal advice, I've been told I may have a lawsuit.

March of 2017 I contacted a DHS case worker regarding my sister being addicted to prescription drugs while being pregnant and neglecting her two other chidren and nothing was done. Other people besides me have contacted DHS with the same concerns I had and again nothing was done. September 28th... Read more »

The nieces estate would have a claim as would children. Suggest that you contact a member of the Iowa Assn for Justice to get the basics of who can sue, then proceed from there.

1 Answer | Asked in Criminal Law, Personal Injury and Appeals / Appellate Law for Iowa on Oct 29, 2017
Q: How do I reopen a closed case if I remember how it went down? I was 3 but it came to me randomly like a few months ago.

Saw and remember what he said and did. And watch the fire burn. It's more like an attempted murder but there's arson and deceit. Been doing research on it since but not really sure how to go about it

Talk to the police. They may have a "closed case" unit.

1 Answer | Asked in Criminal Law, Estate Planning, Federal Crimes and Probate for Iowa on Oct 26, 2017
Q: I am on probation am I able to bow hunt for deer? 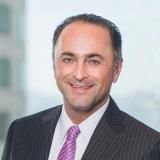 It depends on the terms of your probation and your particular case. For example, if the crime for which you are on probation involves hunting wildlife on federal lands then probation may include the condition that prohibits hunting including by bow. However, if you are generally asking whether... Read more »

1 Answer | Asked in Federal Crimes and Criminal Law for Iowa on Aug 28, 2017
Q: What are the charges on a felon in possession of a firearm in his dwellings in state of Iowa first time

Charged with two counts of possession of firearm as a felon

I'm not entirely sure what you are asking. I assume that is two counts of felon in possession of a fire arm in federal district court in Iowa? The penalties depend on prior criminal history. The federal sentencing guidelines are complicated and you will need excellent representation.

1 Answer | Asked in Criminal Law for Iowa on Aug 2, 2017
Q: is having a prior possession charge probable cause to search with k9 on licence plate light stop in iowa

prior possession of meth in December. same officer pulled me over again, I denied their search they said my prior was probable cause to bring k9 to car

Not necessarily and perhaps not even likely. This of course is a fact dependent question and not answerable without more information. However, if that is the only reason to stop and/or bring a K-9 to the car you may have a good motion to suppress.

1 Answer | Asked in Criminal Law for Iowa on May 30, 2016
Q: If I was arrested at night on a warrant that had been canceled that morning do they have the right to search my vehicle

There is no general search incident to arrest exception to the warrant requirement in Iowa thanks to recent decisions of the Iowa Supreme Court. So, unless the police had a warrant to search your vehicle, and that warrant was valid, then it is possible it was a bad search.

What charges could be pressed against me or her if it is illegal?

3 Answers | Asked in Criminal Law for Iowa on Sep 28, 2016
Q: Is it legal to put someone in custody and not serve them with a warrant until nine days later

Yes. A warrant is not always necessary for an arrest. Also, in cases where a warrant is necessary, as long as the warrant has been obtained it is necessary that it be physically present. Although, 9 days is quite a while to wait to serve it.

1 Answer | Asked in Criminal Law and Juvenile Law for Iowa on Feb 19, 2017
Q: My son is 15 and punched a kid in face for calling his friend the N word. Cop charged him with serious assault. what now

Cop brought my kid home said he was honest so he's not taking him to J.D. N citeing him for simple assault cause kid had bump above his eye. . 20 min later cop came back n said he made mistake n has to take him to station and charge him with serious assault. With him being athletic and... Read more »

The case will likely be referred to juvenile court services. Juvenile court services has a number of options to keep him out of court or they can refer him to court for prosecution. You need to hire a lawyer and go over all the various possibilities and prepare yourself for the Juvenile Court... Read more »

1 Answer | Asked in Criminal Law and Personal Injury for Iowa on Feb 18, 2017
Q: I have c.c.w. for handgun if I enter a place gun free zone if I leave my weapon in car

No. They aren't responsible for criminal conduct of others. THey might be if they let you in armed, you missed and hit a patron.

1 Answer | Asked in Criminal Law for Iowa on Sep 2, 2016
Q: What do I state exactly in my response to an in rem forfeiture complaint if I'm trying to get property back??

In my case it's cash so wouldn't I just provide paycheck stubs?? Thank you

The information you need is contained in Iowa code section 809A.13. However, it's complicated and you really need a lawyer well versed in forfeiture law to help. Happens to be an area I practice in frequently. If I could specifically answer your question I would but it's very fact dependant.

1 Answer | Asked in Criminal Law for Iowa on Jun 23, 2016
Q: is a person required by law to report a vehicle they own has been stolen?

No. There is no requirement that you report it stolen. However, there are many good reasons to do so. Including that the vehicle maybe registered and titled in your name. Additionally, if it is found or if an officer conducts a traffic stop on the vehicle it will assist in you obtaining the return... Read more »

1 Answer | Asked in Criminal Law and Juvenile Law for Iowa on Aug 13, 2016
Q: My son is 16 n charged with 2nd degree burglary for kicking in a door while the family was asleep.

He did not enter the home. Is this still burglary??

This is a good question which does not necessarily lend itself to an easy answer. I would make the legal argument that he did not enter and therefore could not have committed a burglary. However, if his body crossed the plane of the door while breaking it, a Court may deem that sufficient for... Read more »

If one is on probation and they are not to be in an environment that sales are 50% or more of alcohol can a cop arrest you for being there if you are not technically doing anything wrong? By technically if they have no other reason to arrest you other than being there(not driving while intoxicated,... Read more »

Typically, you would not be arrested. A report maybe made to your probation officer who could then file a report of violation and request a warrant from the Court. Could you be arrested? Maybe. Are you likely to be arrested. No. Depending on your underlying conviction you might be able to have a... Read more »

1 Answer | Asked in Criminal Law for Iowa on Sep 8, 2016
Q: If I get caught drinking underage, what will happen to me

1 Answer | Asked in Criminal Law for Iowa on Oct 2, 2016
Q: If a video is missing footage can that make the tape inadmissible, in a criminal case?

It is possible that if a video is incomplete or has been tampered with it might be inadmissible. It depends on the specific facts and circumstances. It would not be per se inadmissible.

The answer to your specific question is yes, she can move in with you. The underlying question might be can the two of you engage in sexual activity, legally? The answer is also yes. Iowa Code Section 709.4 (sexual abuse) does not make it a crime for persons of your age to engage in sexual... Read more »

1 Answer | Asked in Criminal Law for Iowa on Nov 7, 2016
Q: if someone pleads guilty to a crime and evidence comes out later they are innocent can they use that evidence

That issue is currently on appeal to the Iowa Supreme Court. It should be decided by the end of this adjudicative term (May).