Lawyers, Answer Questions  & Get Points Log In
Kentucky Domestic Violence Questions & Answers
1 Answer | Asked in Domestic Violence for Kentucky on Mar 29, 2021
Q: Me and my boyfriend got to fighting a knife was involved but no major injuries. He is currently in jail what will happen

1 Answer | Asked in Domestic Violence for Kentucky on Mar 28, 2021
Q: I have a IPO against my Ex and he has violated it multiple times the prosecutor took out criminal charges for him

Violating It but they can’t find him and they said he ignores them knocking when they go to his house and told me theres no more they can do but he still keeps violating it what can i do?

Call the police while he’s violating the order and have them come arrest him.

1 Answer | Asked in Domestic Violence for Kentucky on Mar 10, 2021
Q: I took an EPO out on my ex on the 15th of this month we both have court over it if I don't go will they dismiss it

I have an EPO on my ex-boyfriend he has not contacted me or bothered me since then and I was wondering if I do not go to the court hearing if they will just dismiss the case he's not contacted me and I really don't feel like going to court and fooling with it will they dismiss it he is... Read more »

Depends on where you are located. Judge will probably dismiss it, although he could require your attendance and testimony if he chose to do so.

I have a dvo on my ex from like 2 years ago but we just recently decided to put it all behind us cause we was both young. What steps do I need to do to drop it? (In ky)

File a motion to amend the dvo in the clerks office. They will give you a zoom or Skype hearing date t which you can ask the judge to set aside and dismiss the dvo.

2 Answers | Asked in Criminal Law, Family Law, Child Custody and Domestic Violence for Kentucky on Feb 18, 2021
Q: I want to have my child's father removed from my home by the police will they automatically call cps to report this?

I was told by a friend anytime a police report is made against a couple with children cps is automatically called and a report is made. I desperately want him removed due to his constant verbal and emotional abuse but I do not want the stress of having cps involved as I have heard the many horrer... Read more » 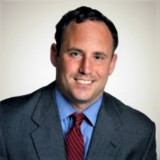 A court can order CPS intervention or a police can contact CPS if they feel that it is necessary because a child is in dange. However, there are other options that typically do not involve CPS. If you file an emergency protective order/EPO against your husband if he is violent or making threats... Read more »

2 Answers | Asked in Criminal Law and Domestic Violence for Kentucky on Feb 6, 2021
Q: I have a DVO against my ex boyfriend who has violated the Protection order twice. What will happened to him in court?

He was arrested four days ago and charged with violation of dvo and probation. He has a court day coming up in four days and also a hearing for revocation of probation. Will he most likely do jail time and have his probation revoked? Will he be let go? Do I have to show up?

He will likely be convicted. Depending on the severity of the violations, he could be facing jail time. If you have been subpoenaed, you do gave to show up ( be it by Zoom, Skype, or in person).

2 Answers | Asked in Criminal Law and Domestic Violence for Kentucky on Feb 6, 2021
Q: I'm on parole in ky. Me and my girlfriend want to live together. Will P.O allow this?

She has no felonies or criminal history. We have a history of domestic violence. The DV charge was in 2016 and a DVO was issued and expired 2 years ago. Do you think my P.O will allow us to live together or will it be automatically denied?

It’s up to your PO but they likely won’t allow it bc of the history of SB.

Gun involved but shot at ground. Under influence of alcohol. No one injured or pressing charges.

It depends greatly on the facts, victim testimony and evidence. Domestic violence cases in Louisville have a special set of prosecutors and are examined very carefully. A felony carries up to five years in prison but these type of charges are on the cusp of a misdemeanor or a felony. I strongly... Read more »

1 Answer | Asked in Domestic Violence for Kentucky on Jan 12, 2021
Q: EPO filed last night against my husband, he was arrested. I go to court in 2 weeks for the DVO. I’m scared

...he’ll do what he always does and be petty. Some manipulation and gaslighting to make himself seem like a victim. Police took pictures, I have pictures from a previous incident. My daughter has never seen any abuse, she is a happy little person..but what if he try’s to have my daughter taken... Read more »

He can’t take your daughter, especially with a DVOpending. You need to stand up to him once and for all. Start by hiring a lawyer to go to the hearing with you. Then, seriously consider filing fir divorce and custody.

1 Answer | Asked in Criminal Law and Domestic Violence for Kentucky on Jan 10, 2021
Q: What are the reasons why a home placement would be denied by probation and parole?

The history of domestic violence in snd of itself is sufficient for PO to deny it. It doesn’t matter if the DVO has expired nor does it matter that no contact was not a condition of your parole. It is strictly s subjective judgment call by your PO.

1 Answer | Asked in Domestic Violence for Kentucky on Jan 7, 2021
Q: Can the state of ky press domestic violence charges without the victims consent?

Police have been called twice on my husband for him being physical with me. Each time I stated I did not want to press charges or file for an EPO. The second time the police took a statement from me and my mother in law, took pictures of my injuries. The next day cps showed up and started a case. 3... Read more »

1 Answer | Asked in Child Custody, Family Law and Domestic Violence for Kentucky on Jan 3, 2021
Q: Judge granted joint custody and my ex has an assault charge. EPO, etc. How can I gain sole custody??? In Kentucky

Ex-husband is on 2nd EPO and has assault charges from abusing me. 2 contempt charges for breaking into my home within the last few months. The divorce was done in the next county over, however wasnt signed by the judge yet pwhen we were in court here for the assault charge and original EPO. The... Read more »

the moms permission? She’s scared to be there with her and she can’t go to any family member without them telling her mom

You could draw any number of charges if you interfere. Don’t interfere. Instead, report the abuse to CPS and let them handle it.

1 Answer | Asked in Domestic Violence and Family Law for Kentucky on Dec 15, 2020
Q: Can I refuse visitation if I think my daughter would be exposed to domestic violence and has been exposed recently

My daughters father has been abusing his girlfriend in front of our daughter. I got called to come remove my daughter from the home when he got arrested for domestic violence and bring her to Kentucky to live with me. My daughter is scared to have a visit with her father for fear of the abuse she... Read more »

You have to balance your fears with the court order. If she’s really at risk, you can decide to withhold visitation. If the court determines it’s a ploy to deprive visitation, it’s contempt.

1 Answer | Asked in Criminal Law and Domestic Violence for Kentucky on Dec 8, 2020
Q: If i. subpoenaed by prosecution and I change my statement or say i dont remember incident can I be charged ky

1 Answer | Asked in Domestic Violence for Kentucky on Dec 3, 2020
Q: Can a person be prosecuted in a domestic violence case for burglary and assault for if the witness isn’t showing up ?

My ex kicked in my door which resulted in a minor injury but I do not want to go to court he has threatened to kill me. He was caught at the scene of the crime. Can he still be convicted without my testimony?

Not unless there are independent witnesses to the event.

1 Answer | Asked in Domestic Violence for Kentucky on Nov 27, 2020
Q: my bf and I got into an argument & minor injury was caused. My parents forced me to call the police.can I drop charges?

No. It is now up to the Commonwealth.

1 Answer | Asked in Child Custody, Domestic Violence and Family Law for Kentucky on Oct 18, 2020
Q: How does my mother file for a change of custody. I’m being mentally abused at my grandparents what do we do??

I’ve ran away several times from here. I always get brought back... I’m tired of living this way and my mother wants to get a good lawyer to make sure I can go with her!? She can pass a drug test my grandparents cannot.

She files a motion for return of custody in the same court that awarded custody to your grandparents.

1 Answer | Asked in Family Law, Child Custody, Civil Litigation and Domestic Violence for Kentucky on Oct 7, 2020
Q: In his broad discretion, can a judge relinquish venue under forum inconvenience if the plaintiff waived right to venue.

Plantiff fails to object to venue in preliminary custody matters 3yrs after moving to Oldham county. Participates in further proceedings in decree county. Jefferson county. Until filing motions in (oldham) county of residence and winning temporary order. Files petition for custody in county of... Read more »

Yes, the judge has discretion to relinquish venue. However, under the Uniform Chid Custody Jurisdiction Act, the judges of the two possible forums are required to converse and make a decision as to where jurisdiction and venue is appropriate and who will be exercising both to hear the case.

First Previous Next
Unleash Your Full Potential - Get More Clients