I've come to the conclusion I cannot expunge a DUI in the state of Ohio. Therefore, I was asking if I could reduce the Felony that came along with it. Maybe try to get it reduced to misdemeanor? Keep the DUI but get rid of having to put I was convicted with a felony. This is felony is from... Read more » 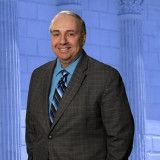 If you are referring to reducing a felony OVI, yes there is a possibility of doing that WHILE the case is pending. The same is true for other felonies. However, after you have already been convicted, you cannot obtain a reduction because you have alread plead and been sentenced. Your case is... Read more »

SORRY TO PASS THIS ALONG. 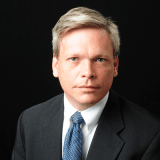 In Ohio, traffic offenses - including DUIs - remain on a person's record. They do not drop off at any time in terms of background checks. However, auto insurance companies typically only look back so far. One would expect that a school would see a prior Ohio DUI conviction if it ran a... Read more »

1 Answer | Asked in Criminal Law, DUI / DWI and Cannabis & Marijuana Law for Ohio on Sep 9, 2020
Q: I was recently arrested for OWI in Ohio, does that mean my license is suspended? 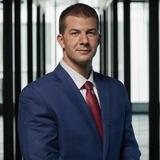 In the state of Ohio, your license is automatically suspended if you refused OVI testing or had a BAC reading of .08 or above. So, if you were arrested for OVI you should expect to receive notification relatively soon of your upcoming suspension. You do have 30 days after the initial appearance for... Read more »

Was dropped to a first, will my 3rd have 2nd DUI penalties? I’m going to treatment for 4-6 months, will this help my case?

1 Answer | Asked in DUI / DWI and Family Law for Ohio on Jul 10, 2020
Q: How do I know if my ex is required to have restrictive plates on his vehicle?

A court order issued in June says he must have restrictive plates, but there is no indication as to when the restriction would end.

The restriction ends when his limited driving privileges end and he can go back to having a regular license, which will be when any suspension ordered is over with.

Okay. It appears that you recently got an OVI not OWI. So you are eligible for driving privileges as follows:

1) IF this is your first in 10 years, then you can obtain driving privileges after 15 days if you took the breath test and tested over, if you refused the test, then it is 30 days;... Read more »

1 Answer | Asked in DUI / DWI for Ohio on Apr 17, 2020
Q: was cited for omvi in ohio sherriff did a urine sample and failed to follow chin of custody rules so im fighting to get

You have not asked a question but challenging their evidence is something you really ought let a lawyer do for you. Also, if you simply stormed out of a pretrial, there’s a chance they’ve issued a warrant.

Ten years ago I plead guilty to dui. Like a fool, I didn’t pay my fines or court costs. I have been in no trouble since but I want to make everything right and get my license back. I am ill and on dialysis while I await transplant and traveling to the original court is impossible.

You should contact an attorney who may help you take care of this. There can be times when the only remaining thing to take care of with a case is payment of fines/costs, and an attorney can file a motion along with payment of the outstanding costs to get the court to withdraw the warrant.... Read more »

2 Answers | Asked in Criminal Law, DUI / DWI and Cannabis & Marijuana Law for Ohio on Jan 17, 2020
Q: What can I do to fight a class 5 felony in Ohio? Police found less than a gram of meth amphetamine in my trunk.

I am from PA but was driving through Ohio. I stopped at a gas station and while pumping gas I found a strange package. I was unsure of what it was but my curiosity took over and i grabbed it, throwing it in the trunk of my car.

I was already driving with marijuana and marijuana... Read more »

You should hire an attorney. There are several problems with your defense. First, ownership is not the issue. Possession is. Second, just because you're clean also doesn't mean your not guilty of the possession charge. It is illegal to possess these drugs whether you use them or not.... Read more »

I was on vacation and was charged with dui but immediately released. I honestly forgot about it for years but now I have to get my license and Ohio has a hold. I assume I have to come and turn myself in. I consulted with one lawyer who said he could get this resolved in probably 1 hearing as I am... Read more » 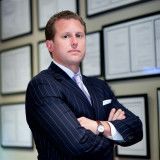 Yeah, you have to deal with it in Ohio. Hire the best lawyer that you can afford , but if you are homeless then look for free representation through the Public Defender or other free lawyer services up there.

cop said i swerved one time. failed one part of sobriety test because of harsh wind and it was freezing. i had a small amount of marijuana, a pipe, 2 open containers and one unopened. should i i plead guilty

You should talk with an experienced OVI attorney immediately and certainly before entering any plea. You do not want to give up your rights without exploring what they are, what happened and what you are charged with.

Yes, if it is your second OVI then you should contact an attorney immediately. You could use the find a lawyer link here.

I have one OVI in Franklin County and just received my second in Delaware County. Will that count as 3? The first was in 2015, 2017, and now.

Yes, that’s going to be a third.

1 Answer | Asked in Criminal Law, DUI / DWI, Civil Rights and Constitutional Law for Ohio on Aug 6, 2019
Q: If I was charged with D.U.I for a positive drug screen and plead guilty and was already sentenced wouldn't it be double

Jeopardy to later be charged with F-5 internal possession as a whole new case filed against me for that same urine screen which was used as evidence to charge me with D.U.I? I feel that is being tried for the same case twice.

This would be an interesting one to argue. The standard for double jeopardy is whether each offense requires proof of an element which the other does not. For the DUI that’s easy. DUI requires proof that you operated a motor vehicle. Drug possession certainly does not. Similarly, normal drug... Read more »

It’s best to get an attorney as soon as possible. If you need some time, go to the arraignment, plead not guilty and ask the court for time to find a lawyer. Such requests are routinely granted.

1 Answer | Asked in DUI / DWI, Civil Rights and Federal Crimes for Ohio on Jul 9, 2019
Q: Was arrested for ovi and poss but have med issues and conditions that will affect a test

For me due to meds an seizures what are my laws

You need to hire an attorney. A DUI is not a DIY situation. Work with your lawyer to present a case in court.

1 Answer | Asked in Divorce, DUI / DWI and Family Law for Ohio on Jun 18, 2019
Q: My stepson recently informed us that his mother drove drunk with him in the car. What is our best course of action?

My stepson is 13 and they were at a park for a party. His mother reportedly had been drinking, and then proceeded to drive home. Prior to leaving the park, she drove into a tree, as well, and her husband continued to allow her to drive home. My stepson advised that he was very scared, and my... Read more »

The first step would be to talk to her about it. Does she have a problem? Is she alcoholic? Would her husband deny what your stepson says? Was an insurance claim filed for hitting the tree? If so, if you file with the court for a change in custody, and you could get a copy of that. Use the... Read more »

1 Answer | Asked in Traffic Tickets and DUI / DWI for Ohio on Apr 25, 2019
Q: Officer gave me a breathalyzer test and two more 45 min later. Which bac is he allowed to use on ticket?

The test you take at the station is the admissible test. They typically write the lowest number from two or three tests at the station, which it appears the officer in this case did. You should hire an attorney.

I am just wondering if thw sentencing would be like the 1st all over because of the length of time since the other 3?

He was arrested yesterday and has court Monday morning. I cannot find an attorney open on the weekend? I am not sure what we should do?

The look back period in Ohio is 10 years. So any convictions after March/April of 2009 would be counted. Also, that look back period is just for the enhanced penalties. The prosecutor and judge will definitely care about the history. He should get an attorney.