Lawyers, Answer Questions  & Get Points Log In
Utah Traffic Tickets Questions & Answers
1 Answer | Asked in Traffic Tickets for Utah on Jul 30, 2021
Q: How long after receiving a traffic ticket does an officer have to report it ?

They don't have a specific time that they must report it. If they fail to do so within a certain period it could result in an issue with the statute of limitations. If the ticket was just a regular infraction they have one year to bring charges (submit the ticket, or have the prosecutor file... Read more »

1 Answer | Asked in Traffic Tickets and Car Accidents for Utah on Jul 18, 2021
Q: I was turning and was hit. Think the lady was speeding through light is it possible to get traffic cam footage

I then found out that my I insurance had lapsed. I had no clue my husband first all that. I had insurance the next day. I believe that both parties involved are at fault . I shouldn’t have assumed she was going to be going as fast as she was. It’s kinda a blur but I remember the light was... Read more »

A Utah attorney could advise best, but your question remains open for a week. I'm sorry about your accident. I hope everyone is okay here. You put a number of issues on the table. In terms of fault, a Utah attorney familiar with the state's vehicle and traffic law AND the signage/traffic... Read more »

1 Answer | Asked in Traffic Tickets for Utah on Mar 27, 2021
Q: In the state of utah can a state trooper / officer have a k9 sniff around your vehicle without probable cause

I got pulled over for my license plate lights being out

This is a somewhat complicated answer. The short answer is yes. The US Supreme Court has said that a K9 sniff if your vehicle is NOT a search and therefor does not require any probable cause. Now, that being said, an officer cannot unreasonably delay the stop. So if he pulled you over for a license... Read more »

1 Answer | Asked in Insurance Defense and Traffic Tickets for Utah on Jun 16, 2020
Q: What should I do about my no insurance ticket?

On January 1, 2018 I got pulled over for my license plate light being out... but ended up with a no insurance ticket and an impounded car. I was 16 when this happened and my mom was paying the insurance. (I’m 19 now) The officer said the insurance was expired, but I have proof I had insurance on... Read more »

Without knowing all of your facts, it sounds like the court revoked your plea in abeyance. If you are still going to court I would ask the prosecutor what the status of your plea in abeyance is. See if the court would be willing to reinstate it (it is a long shot given how old the ticket is). But... Read more »

I received a ticket from an officer code 41-6a-601on my ticket. Said I was speeding 52 mph in a 25 mph. On the ticket it also shows He charged me at 32mph over. I called the Court and they said I have a mandatory appearance. I asked why. I was told because I’m being charged with reckless... Read more »

Generally speaking the Court will set a mandatory appearance for anything 31 mph over the speed limit. While the charges in court generally match a citation, it is not impossible to add other charges. I would recommend contacting a local attorney to help address this issue. They should be able to... Read more »

1 Answer | Asked in Car Accidents and Traffic Tickets for Utah on Sep 3, 2019
Q: citation after an accident the day before i moved to Canada. I found out that I need to appear in court. options?

the day before I moved to canada I got in a car accident in which resulted in a citation. this week I found out that my appearance was requested in court. currently I am not able to leave Canada until the end of the year. what options do I have to get this matter resolved via long distance? and how... Read more » 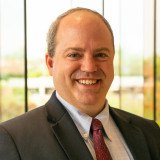 You can quickly resolve it by paying the fine (which may include restitution). However, if you would rather contest it, an attorney can go to court for you and resolve it without you having to come back. An attorney would be able to get the police report and figure out different options of how to... Read more »

1 Answer | Asked in Traffic Tickets for Utah on Jul 1, 2019
Q: Can a police officer give you a ticket for something another cop witnessed but didn’t cite you for? In Utah.

The short answer is yes. One officer may issue a citation based on the statement of another officer. The officer who actually witnessed the alleged crime would have to show up to testify against you in order for the state to prove their case.

1 Answer | Asked in Car Accidents and Traffic Tickets for Utah on Apr 17, 2019
Q: What is the utah traffic code for parking lot accidents?

No but it is used as a guide in most states. Consult a Utah attorney on this is it's a big deal.

2 Answers | Asked in Criminal Law, Traffic Tickets, Appeals / Appellate Law and Civil Rights for Utah on Mar 7, 2018
Q: Can i get pulled over in McDonald's parking lot when the officer never got behind me until the drive tru

I believe your only asking the question because you received a ticket for something. Why did the officer give you a ticket?

I was issued a citation for an “ilegal turn” on December 6. After the Officer arrived back at the station, he added “driving while license suspended” to my citation. I had NO idea that my license was suspended. Is this legal? Even after I signed the original citation, and wasn’t notified... Read more »

Yes, the prosecutor can amend the charging document at any time.

1 Answer | Asked in Criminal Law and Traffic Tickets for Utah on Oct 30, 2017
Q: Is an incorrect code written on your traffic citation ground for dismissing your charges?

If an officer states that you were pulled over for failing to yield right-of-way and the end result is arrest for a DUI, can charges be reduced or dismissed if the officer incorrectly cited the traffic violation on your ticket?

No. It may go to the officer's credibility, but it doesn't remove jurisdiction.

1 Answer | Asked in Traffic Tickets for Utah on Feb 5, 2017
Q: Should I just pay the ticket or also do the traffic school or contest in court? 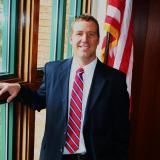 It will likely be difficult to defend this, given your admission, unless you can establish that the officer's radar is/was faulty. In my opinion, a PIA is your best option, as it at least gives you a chance of keeping this from going on your record. If you pay the fine, it goes on your... Read more »

I've been pulled over and given a warning 3 years ago for speeding, but other than that I haven't had an incident. I just need to know how I get my points reduced, if I can avoid getting my license suspended, and if I need to hire legal help. I'm a college student, so I don't really have the money.

It is not likely that the prosecutor will dismiss this case outright. However, if you have a clean driving record, that will likely help your cause. My recommendation would be to approach the prosecutor and see if they would be amenable to allowing you to plead No Contest to Speeding (79mph in... Read more »

1 Answer | Asked in Criminal Law and Traffic Tickets for Utah on Oct 17, 2016
Q: Can a police officer give you a ticket days later after receiving a verbal warning for a moving violation?

I was pulled over for going around a corner to fast, the cop warned me that it is consider reckless driving and could be a huge fine. I was polite to him and apologized. He let me go with a verbal warning. I have a clean driving record and clean criminal record.

Can he change his and mail... Read more »

I doubt he will go back and give you a ticket. However, they have every right to. If he witnessed it he can file it later, usually the statue for a crime like that is a year. Reckless driving can be a class B misdemeanor, maximum jail could be six months. However, again, I doubt that he will go... Read more »

1 Answer | Asked in Traffic Tickets for Utah on May 1, 2016
Q: How long does a speeding ticket last on a Utah Drivers License Record

Forever unless you move for an expungement and a judge finds that you qualify.

1 Answer | Asked in Traffic Tickets for Utah on Jan 28, 2016
Q: Have to appear at court for traffic violation, how worried should I be?

I got a ticket on Aug 31st, 2015 for following to close and cited as reckless driver on Dec 2nd for speeding 34/25. I had to appear at the court today. In the beginning I told the judge that I did not understand the whole thing and he suggested me to get a portuguese translator and get back in 2... Read more »

You can't get a public defender on a traffic violation. If you are worried about your record it might be good to get a lawyer. If you pay the fine or take a plea in abeyance it will be counted as an automatic guilty that can affect your insurance.