going to jail now he did get a ticket last summer over having a conflict with a boy over his daughter which he paid the ticket we are in Arkansas and it was ageist our son . are son pushed his dad and his dad grab him and pushed him to the kitchen sink which that's where it started at and the cops... Read more » 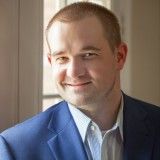 A domestic battery 3rd degree charge is a Misdameanor meaning there is a possibility of up to 1 year in jail and a fine of up $2,500. That does not mean that he will go to jail for a year, but it is a possiblity.

1 Answer | Asked in Criminal Law and Domestic Violence for Arkansas on Sep 4, 2017
Q: my fiancee has a protection order against her ex boyfriend because he used to beat her, and he knowingly comes by her

He purposely comes by her and we have reported when he made a threat several times and law enforcement nor the court will do anything...she is scared daily because she believes she will get hurt or end up dead because law enforcement refuses to take any action...what can we do to put an end to this... Read more »

if she has an order of protection you will want to file a police report after the next contact by the ex-boyfriend. Have evidence of the contact, i.e. text message or email, and then take the evidence and police report to the Prosecuting Attorney's Office to have them look at filing charges for... Read more »

1 Answer | Asked in Criminal Law and Domestic Violence for Arkansas on Sep 5, 2017
Q: What do I do about my fiancee ex, she keeps messaging from fake profiles and harassing us? I have proof its her too

We have blocked her many times over on our Facebook's, but she just creates more fake one's, this has been going on for almost ten months. I recently started saving the messages and we know its her because she has sent pictures to my fiancee, we just block her but we've told her to leave us alone... Read more »

File a police report then take that report to your local prosecutor. If they do not issue a warrant, then ask them to send the Ex a caution letter.

1 Answer | Asked in Domestic Violence for Arkansas on Sep 8, 2017
Q: my brother has an order of protection filed against him, can an attrny appear in court on his behalf?

2 Answers | Asked in Criminal Law and Domestic Violence for Arkansas on Aug 19, 2017
Q: Average sentence for battery in 2nd degree

Battery 2 is usually a felony. In Arkansas, depending on the alleged victim input, usually a probation offer from the State. You have to get the correct attorney also. Lots more we need to know to give you a better answer.

If DB3 stands for domestic battery 3rd them you can't even legally own, possess, or touch a firearm in any state in the union until you get a pardon from the governor, which is not uncommon.

1 Answer | Asked in Domestic Violence for Arkansas on Jun 3, 2017
Q: If you write a statement on domestic assault 3 hours after alleged incident and no pictures taken does State have case?

This happened in Arkansas

1 Answer | Asked in Domestic Violence for Arkansas on May 22, 2017
Q: My boyfriend got charged with demostic violence charge how long can he not be around me

It depends on the Court. The prosecutor typically asks for a restraining order. You should be able to call the prosecutor and ask.

1 Answer | Asked in Domestic Violence for Arkansas on Mar 16, 2017
Q: can petitioner be arrested for violating order of protection

1 Answer | Asked in Domestic Violence and Divorce for Arkansas on Feb 27, 2017
Q: Less than 2 weeks after I married this man he abused me and was put in jail for 3rd degree battery can I get an annaullm

I also have an order of protection against him as well. He was in jail for 2 nights and 3 days. Because of hitting me in the face. Can it be annulled or do I have to get a divorce??

If you voluntarily entered into the marriage and he didn't lie to you about something that would have made you not marry him, you will need to file for a divorce, not annulment.