Lawyers, Answer Questions  & Get Points Log In
Oklahoma Criminal Law Questions & Answers
1 Answer | Asked in Criminal Law for Oklahoma on Feb 23, 2021
Q: No gun was found so does that mean they have no evidence besides what the witnesses have told the police?

Only one of the two victims is cooperating. 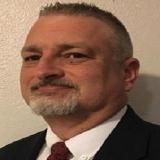 You won't know for sure what evidence the state has until discovery is received. The discovery will disclose the state's evidence. Talk to your attorney if you already have one, if not hire one asap.

1 Answer | Asked in Criminal Law for Oklahoma on Feb 25, 2021
Q: How long can I hold my son in Oklahoma after he signed extradition papers for Kansas

If he signed a waiver of extradition, Kansas should have ten (10) days to come get him. They can request an extension, but generally those are only permitted in extreme circumstances. If he has not signed a waiver or waived in front of a judge, then it may be longer.

My wife (female, 22) almost got assaulted my a neighbor in our apartment complex, and I want to know what I can do in the future if the situation gets worse 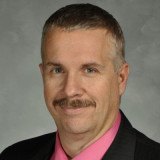 1 Answer | Asked in Criminal Law for Oklahoma on Feb 9, 2021
Q: Just found out about a charge that has already turned into a warrant, wanting advice on this before I go in. 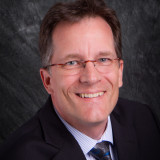 If there is an arrest warrant out, then you need to turn yourself in. Hire an attorney first, one that is experienced and is not afraid to do hearings and go to trial. the attorney should help you line up a good bonds person, so you can hopefully just get booked in and walk out and go home. Make... Read more »

1 Answer | Asked in Car Accidents and Criminal Law for Oklahoma on Feb 9, 2021
Q: In oklahoma is it a misdemeanor or felony to leave the scene of an accident after hitting a parked car on private proper

With nobody being in the car

Based on the limited facts - Per Ok statute 47 OS §10-103; If no injury is caused then leaving the scene is a misdemeanor with a $500 fine and up to 1 year in county jail. Furthermore, the person leaving the scene is liable up to 3 times the amount of the actual damage caused to the other... Read more »

2 Answers | Asked in Car Accidents and Criminal Law for Oklahoma on Feb 8, 2021
Q: What is a hit and run on private property ? Hitting a parked car ? Nobody in the car.

Hit and run can be of property, like a parked car.

10 yrs after completion - so after discharge from prison. Just to be clear, anytime prior to that 10 year (including the time in prison) would still be considered during that time as well.

1 Answer | Asked in Criminal Law for Oklahoma on Feb 7, 2021
Q: Ive got a misdemeanor contributing to a minor was put on probation with just fine to pay.. im a yr behind on payments

In 2019 i was charged with a misdemeanor contributing to minor for one of my daughters friends stealing at a convenience store.. i was put on a year of prpbation with a monthly fine of $40 to the district attorney and than $40 a month to the judge so total of $80 month.. ive only paid once in that... Read more »

It obviously depends on the judge. Generally, there will be a bench warrant issued based not he failure to pay the DA supervision. You don't have to be taken into custody for that, you can pay the bond with the court clerk. Most times if you confess to failing your probation, they will give... Read more »

1 Answer | Asked in Criminal Law for Oklahoma on Feb 6, 2021
Q: I found out I have a felony warrant.can court charge me obscorn if I've not left jurisdiction.

Am trying to hire attorney before I turn my self in.

Yes, definitely hire an attorney. There are multiple types of warrants. Regarding felonies, there usually two types of warrants that are used but he court. The first is an arrest warrant. This is used when a judge is shown probable cause to believe there was a crime committed and you were the... Read more »

1 Answer | Asked in Criminal Law and Domestic Violence for Oklahoma on Feb 4, 2021
Q: I've been subpoenaed to testify against my ex-boyfriend in a domestic abuse case

can I say that the details are foggy or I don't remember exactly what happened that night even though I have written a statement the night that it happened and not get in trouble?

The cannot prosecute you for not testifying. You have to show up if you are subpoenaed, but they can't force you to testify. There is literally a statute that prevents them. You can always tell them that this was a misunderstanding and you do not want to testify.

1 Answer | Asked in Criminal Law for Oklahoma on Jan 27, 2021
Q: Can you carry plastic knuckles in Oklahoma for self-defense

The state statute reads: "It shall be unlawful for any person to carry upon or about his or her person, or in a purse or other container belonging to the person, any pistol, revolver, shotgun or rifle whether loaded or unloaded or any dagger, bowie knife, dirk knife, switchblade knife, sword... Read more »

1 Answer | Asked in Criminal Law and Domestic Violence for Oklahoma on Feb 1, 2021
Q: In Oklahoma, Kay county specifically, I was subpoenaed in a DV case against my partner. Do I have to testify?

February 2020, a situation arose, I never called the police, my adult son did. Partner was arrested and charged with kidnapping me. I didn’t want to press charges, but I did under pressure from my son. I went to the DA’s office a few days later and told them I wasn’t going to testify. I have... Read more » 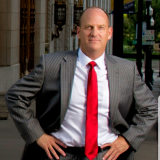 This is a very difficult situation for you. It’s also an incredibly common situation in most domestic violence cases where the alleged victim doesn’t want to put daddy or boyfriend or family member or roommate in jail or prison. Well, you certainly COULD get arrested for a misdemeanor... Read more »

1 Answer | Asked in Criminal Law, Family Law, Child Custody and Domestic Violence for Oklahoma on Jan 22, 2021
Q: What does it mean when it says matter striken pending service to be reset by either party?

He filed for paternity and custody after I filed a protective order. He is not on the birth certificate. I moved and did not know he filed. He now has criminal charges pending for domestic violence. Is the paternity case dropped? Or will I be served for that when I receive the subpoena to testify... Read more »

stricken generally means that any hearing that was scheduled to occur has been cancelled for now. It appears that he was required to serve you with notice of the hearing and failed to do so; therefore, the court would not conduct the hearing. The hearing could be reset, but he will have to take... Read more »

1 Answer | Asked in Criminal Law for Oklahoma on Feb 1, 2021
Q: I just found out the charge I was given that was a felony got repealed am I able to get it off my record

The answer to the question you ask varies depending on what is meant by the "charge I was given" and "repealed." If you were previously convicted and sentenced (or previously plead guilty to an offense and your sentencing was deferred) for a felony, you may qualify to get that... Read more »

1 Answer | Asked in Criminal Law and Legal Malpractice for Oklahoma on Jan 31, 2021
Q: How do i begin to file for a re-sentencing or bring it to the court's attention of an 8th amendment right being violated

Was charged with a crime that should have essential been lowered, is admitting guilt but it should have been a lesser charge,was not made aware of any plea bargins,never made an initial statement, wrong lawyer is on paperwork, mental state and being extremely intoxicated was not mentioned

The best place to start would be to consult with criminal defense or appellant attorneys that have a lot of experience with post conviction relief. The attorney would need to review your case in detail and then would be able to explain your best options.

1 Answer | Asked in Criminal Law for Oklahoma on Jan 24, 2021
Q: If a bench warrant has been issued for Failure to Appear on a felony , can that warrant be lifted somehow?

I the bench warrant has a bond amount, you can get with your bondsman and go to the Court Clerk and post the bond at anytime. Usually, Failure to Appears end up with a no bond or triple the bond, so in those cases you need to get with your attorney as quickly as possible and see if they can get... Read more »

2 Answers | Asked in Criminal Law and Business Formation for Oklahoma on Jan 13, 2021
Q: Bail set at 2500 for second degree burglary is there a fine to pay or is it automatic jail time

While both a fine and jail/prison time are punishments for the crime, there are other options that may also be available: such as the court deferring your sentencing for a period of years (does not result in a conviction, the case gets dismissed, and the court records expunged if you successfully... Read more »

Yes. Section 843.5(c) is a crime against a child under Section 843.5, so it is an 85% crime. I can also tell you that I am very familiar with the Department of Corrections receiving sentencing paperwork indicating a crime is not 85% when in fact it is, and the court ordering a sentence to not be... Read more »

1 Answer | Asked in Criminal Law for Oklahoma on Jan 6, 2021
Q: would saying a person would do everything in his power to keep a Sen from being elected be a crime, no criminal intent

I was upset that my Senator would not stand with our President and called him to tell him i would do anything in my power to keep him from being re-elected. I left my name I would not do anything to break the law! I have never broken the law in my life. Honorably discharged veteran, but i could see... Read more »

Are you asking this just based on concerns you have after thinking about what you said or have you been contacted by law enforcement or threatened with prosecution as a result of your call? Generally speaking, everyone has a right to call their elected officials and speak about issues that are... Read more »

1 Answer | Asked in Criminal Law and Domestic Violence for Oklahoma on Jan 5, 2021
Q: Disposition set for njt. What does that mean? Does that mean he has reached a plea bargain?

NJT is likely short for non-jury trial. Assuming that is correct, what it means is that the case set for a trial before a judge only, where the judge will not only decide the law but also rule on the facts, weigh credibility of witnesses, etc. From what you provided, there is no indication that a... Read more »