Lawyers, Answer Questions  & Get Points Log In
Texas Sexual Harassment Questions & Answers
1 Answer | Asked in Sexual Harassment for Texas on Feb 11, 2020
Q: I was paid to transport a car to an export company in La Porte TX. Their fork lift driver verbally sexually harassed me.

He had several women's bras hanging off the fork lift and when I told him that's offensive to women his response was f*** you you're a woman in a man's world I can hang what I want on my fork lift. Bring your a** over here and give me your bra to hang on my fork lift and lets see what you're... Read more »

Forget it. No lawyer will want to get involved in this silly situation.

1 Answer | Asked in Employment Law and Sexual Harassment for Texas on Feb 5, 2020
Q: If I signed a document at eeoc that I would not pursue the case , can I reopen it for sexual harass on job in 2017

I was talked into signing and scared for my life 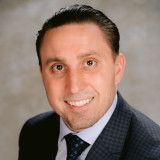 Generally, the EEOC is limited to actions that occurred within 180 days of the filing of a charge. This can be extended in certain states whereif a state or local agency enforces a law that prohibits employment discrimination on the same basis. The exception is that if you allege the act was an... Read more »

1 Answer | Asked in Sexual Harassment for Texas on Dec 31, 2019
Q: How long after sexual assault at the workplace do I have to file a claim or suit In the state of Texas? 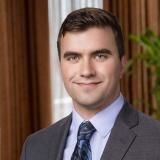 2 Answers | Asked in Criminal Law, Federal Crimes, Probate and Sexual Harassment for Texas on Nov 12, 2019
Q: Uncle in jail and has charge pending against him in Tx.He was on probation for sexual assault would he get 2-10 or 2-20 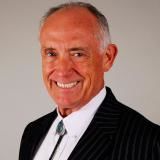 He will finish his federal sentence. Then he will be sent via detainer to Texas, where he will sit in jail pending trial. His probation will be revoked, and depending on what type of probation he was on, if deferred then he can serve up to the maximum for the crime he committed. Sexual Assault is... Read more »

2 Answers | Asked in Criminal Law, Family Law and Sexual Harassment for Texas on Aug 31, 2019
Q: Any advice or steps is appreciated. My 14 year old daughter was sexually assaulted by her ex boyfriend. i have a police

You could contact the District Attorney's Office and ask about applying for a Sexual Assault Protective Order based on chapter 7A of the Texas Code of Criminal Procedure.

1 Answer | Asked in Sexual Harassment for Texas on Jul 21, 2019
Q: Do you handle sexual harassment cases? I was sexually harassed by the captain of a yacht owned by PR based company.

The captain lives in PR and was employed by the yacht company which is registered in PR. This happened at end of June. I live in Texas and was part of a travel club. The organizer contracted with the yacht company for the boats. Was in the British Virgin Islands when it occurred. In one instance he... Read more »

Yes, I suppose you could file a pro se lawsuit in PR--or anywhere else--but there is no cause of action.

1 Answer | Asked in Sexual Harassment for Texas on May 14, 2019
Q: Sexual harassment issue:

I am the Records Manager for a law firm for both cities Dallas & Houston, I manage several employees. One morning, one female employee text me via a group text, several other female employees on the text. She expressed that she was not feeling well and would not be coming into the office today. I... Read more »

Bruce Alexander Minnick answered on May 15, 2019

Sure: Have a nice lunch and forget about it.

1 Answer | Asked in Criminal Law and Sexual Harassment for Texas on Apr 24, 2019
Q: If an arrest report cannot be produced from 2010 from the arresting Department what can i do to recover or see that one

Unless someone made a copy before the original disappeared, you are probably out of luck.

1 Answer | Asked in Libel & Slander and Sexual Harassment for Texas on Apr 7, 2019
Q: What happens in court if the opposition accuses you for the wrong charge? As in charge you for S.A. but meant harassmen

Someone is alleging that a colleague has commuted sexual assault. The act in question is a hug which doesn't qualify under Texas penal code. If they press charges of S.A. anyway (as they've threatened) what happens?

Lawyers are not soothsayers, do not have crystal balls and cannot predict what might happen in someone's immediate future. Ask your lawyer to explain.

2 Answers | Asked in Personal Injury and Sexual Harassment for Texas on Dec 20, 2018
Q: I am not a lawyer. How/where can I research specific civil case records heard in Harris County, TX District Courts?

I am trying to find research previous cases that have been heard in Harris County District Civil Courts (civil sexual assault cases and civil cases in which school districts were sued - two separate kinds of cases). I do not know where I can find this. If I have to go down to the courthouse, I... Read more » 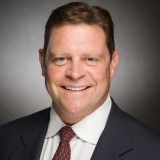 Harris County has a searchable electronic docket, however, there are only certain ways to search. Go to the court’s website and/or call the clerk and they may be able to help. Good luck.

1 Answer | Asked in Employment Law and Sexual Harassment for Texas on Nov 15, 2018
Q: Husband's new boss refuses to pay wages owed after asking me to have sex with him for money. What can we do?

Husband is subcontractor in construction and was promised on going work. I was told his boss interested in administrator for company. During discussion while waiting for husband's return from assignment, the new boss asked me if i would have sex with him for money. After being declined, he... Read more » 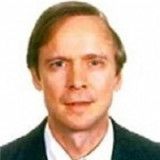 Does the company have more than 15 employees?

1 Answer | Asked in Sexual Harassment for Texas on Nov 26, 2018
Q: I was sexually harassed at work to the point where I felt the need to quit because HR wasn't taking my complaint

seriously. Can I still file a lawsuit over this, or would I have had to stay employed to file?

Yes. You should discuss the case in private with counsel. Most of us take cases on contingency fee, meaning you pay nothing unless the case is resolved to your satisfaction. Call for a free consult.

1 Answer | Asked in Sexual Harassment for Texas on Oct 12, 2018
Q: I don't want to file a claim, but my co-worker does - can I remain anonymous in corroborating stuff she says?

you and your friend should discuss your 2 cases in private with counsel.

1 Answer | Asked in Child Custody, Child Support, Domestic Violence and Sexual Harassment for Texas on Oct 12, 2018
Q: I'm 16 and I'm 6months pregnant by a 26 year old male,and he even hit me twice when I was pregnant will he get in troubl

He could end up serving time in the state penitentiary for sexual assault and then spending the rest of his life on the sex offender registry.

1 Answer | Asked in Criminal Law, Federal Crimes, Sexual Harassment and Juvenile Law for Texas on Sep 14, 2018
Q: In texas the age of consent is 17, so is it LEGAL for a 17 y/o to date and have sexual intercourse with someone who’s 24

Parents have consented to being together. I just wanted to find out about the sexual part.

The felony crime of Sexual Performance By A Child applies anyone under 18 years old engaged in sexual conduct. The plain language of the law criminalizes the conduct itself, even if it does not occur as a performance. If there actually is a performance (or recording) then the parents themselves... Read more »

3 Answers | Asked in Employment Discrimination, Employment Law and Sexual Harassment for Texas on Apr 7, 2018
Q: Extreme sexual advances daily by boss. He assaulted me yesterday while holding a firearm threatening to have me arrested

He has me in his truck 280 miles from home working on a remodel. We're the only 2 people working the job. The owner of the house is a federal agent and my boss is using that to bully me. Im paid in cash. I have asked for him to sign a contract labor agreement, to which he has refused. His advances... Read more » 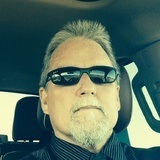 So if he is an Ex con, why not report him to police as felon in possession of a fire arm?

He is not required to sign any contract as Tx is an "at will" State, which means they can fire you without cause, subject to some limitations.

If this abusive boss, has a supervisor, you... Read more »

No. See Texas Penal Code Section 21.11 - Indecency with a Child and Section 22.011 - Sexual Assault. There MAY be defenses available in certain cases, but in general, what you describe is illegal.

1 Answer | Asked in Criminal Law and Sexual Harassment for Texas on Jan 30, 2018
Q: I have a trial coming up in March 2018 and am dealing with a court appointed attorney is it too late to retain lawyer?

Not 100% comfortable with court appointed. Is it too late to go another route?

There may not be time for another attorney to properly prepare for trial, especially if the judge does not grant a continuance. Be sure to ask any attorney you are considering if their current commitments to other cases are such that they can realistically spend the time necessary to be prepared... Read more »

1 Answer | Asked in Personal Injury, Sexual Harassment and Criminal Law for Texas on Dec 28, 2017
Q: Back story. At a party at a friends I feel asleep on the couch. A girl at the party wrote rape me on my forehead

And took pictures. Is that illegal. And what can I do 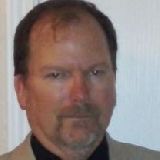 I doubt it is an illegal act without more, although it is tasteless. You must be a sound sleeper. Suing them in civil court would probably not help much either because you would have to prove you were injured and have pecuniary damages.

A boy I know and this girl started dating, well, she just turned 14, and he’s going to be 18 soon.. he says it’s legal for them to date since it’s only three years apart, but what happens once he’s 18?